Lawsuit accuses Twitter of not being tough enough on ISIS 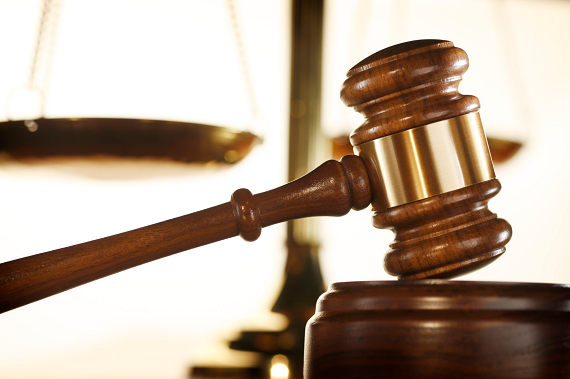 After the recent terror attack in San Bernardino last month, many were quick to jump on social media for having apparently been used by the attackers to promote their allegiance to ISIS. Some also believe that the attackers were recruited via these same networks. Not many, if anyone, actually went so far as to actually blame the social networks for causing any deaths, though.

That is, however, what the family of a Florida defense contractor, who was killed in a terrorist attack in Jordan in November, is doing. They have filed a lawsuit against Twitter, accusing the company of having "knowingly permitted the terrorist group ISIS to use its social network as a tool for spreading extremist propaganda, raising funds and attracting new recruits."

"Without Twitter, the explosive growth of ISIS over the last few years into the most feared terrorist group in the world would not have been possible," the suit says, alleging that, "Since first appearing on Twitter in 2010, ISIS accounts on Twitter have grown at an astonishing rate and, until recently, ISIS maintained official accounts on Twitter unfettered."

“While we believe the lawsuit is without merit, we are deeply saddened to hear of this family's terrible loss. Like people around the world, we are horrified by the atrocities perpetrated by extremist groups and their ripple effects on the Internet. Violent threats and the promotion of terrorism deserve no place on Twitter and, like other social networks, our rules make that clear," a Twitter spokesperson told VatorNews.

"We have teams around the world actively investigating reports of rule violations, identifying violating conduct, partnering with organizations countering extremist content online, and working with law enforcement entities when appropriate."

So will this lawsuit actually turn into something meaningful? It's doubtful, as Twitter is protected under the statutes cited or intermediary liability laws, such as CDA 230, which states, "No provider or user of an interactive computer service shall be treated as the publisher or speaker of any information provided by another information content provider."

It should also be noted that Twitter has strengthed its rules, and language, regarding hate speech. It also includes this statement it's rules, "You may not make threats of violence or promote violence, including threatening or promoting terrorism." The final part of that phrase was added in April of last year, the Twitter spokesperson informed me.

There is also the fact that Twitter employees have been the subject of numerous death threats from ISIS, specifically related to their accounts being suspended.

Still, none of this seems to be enough for Tamara Fields, the widow of Lloyd “Carl” Fields Jr., the man who was killed, as the suit specifically calls Twitter out for not taking any "meaningful action" to stop the spread of ISIS on its website.

One of the real issues for sites like Facebook and Twitter is that taking real action against such language may actually get them into trouble when it comes to free speech, and they have to walk a tricky line between cracking down on hate speech and allowing their users to freely express themselves.

Facebook, and Mark Zuckerberg specifically, has, in a way, been talking out of both sides of its mouth on this issue. While at once he is voicing support of Muslims, telling them, "you are always welcome here and that we will fight to protect your rights and create a peaceful and safe environment for you," he has also defaulted to the "it's free speech" argument when confronted with hateful language used on Facebook.

Still, regular people are not the only ones asking Twitter and Facebook, and other social media websites, to step up their game. Even one of the leading candidates for President of the United States hasspecifically asked them to do more.

"The threat from radical jihadism has metastasized and become more complex and challenging. We are seeing the results of the radicalization, not just in far off lands, but right here at home, fueled by the Internet. It's the nexus of terrorism and technology," Hillary Clinton said in a speech last month.

America needs to have "resolve," which means "depriving jihadists of virtual territory just as we work to deprive them of actual territory."

“They are using websites, social media, chat rooms and other platforms to celebrate beheadings, recruit future terrorists and call for attacks. We should work with host companies to shut them down,” Clinton said, calling for dialogue between governments around the word and the tech community to "confront this problem together." 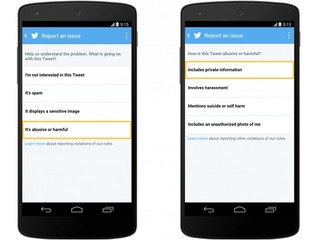 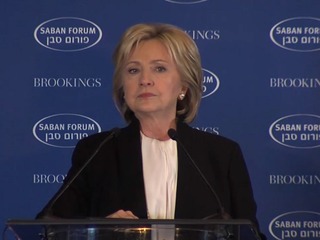