Google is creating a division dedicated to virtual reality

It will be led by Clay Bavor, the VP of Product Management, and the creator of VR platform Cardboard 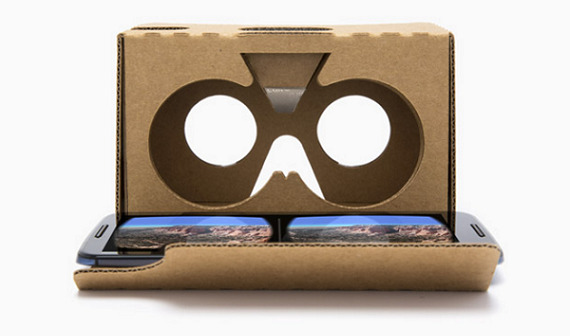 Facebook has made it a point to be on the forefront of the emerging virtual reality movement. Google has also made some efforts in this department, but hasn't been quite as forward about it, putting more of its resources into augmented reality, especially with Google Glass.

The division will be run by Clay Bavor, the VP of Product Management at Google. A nearly 10 year veteran at the company, Bavor leads product management and user experience design for Gmail, Google Docs, Google Drive, and Google Apps for business and education.

"We can confirm Clay's new role on the team, but we are not providing any additional comment at this time," a Google spokesperson told me.

Most  importantly, though, Bavor is also one of the creators of Google Cardboard, the company's virtual reality platform. Cardboard was introduced in the summer of 2014 at Google's I/O developers conference, and it acts as a soft of do it yourself VR headset. Once it's assembled, users can put their smartphone into the headset to create 3D images.

The device has led to some interesting partnerships for Google. In May of last year Google teamed up with GoPro to help sell a new camera rig, called Jump, that would help users shoot 360-degree videos. It also came with 16 cameras for GoPro customers.

In October The New York Times announced the launch of NYT VR, a virtual reality project in collaboration with Google, which ncluded distributed more than one million Google Cardboard viewers to home delivery subscribers with their copy of The New York Times.

Besides Cardboard, and participation in a $542 million round in Magic Leap late last year, Google has now had the same drive to be a part of the virtual reality space the way that Facebook has.

That has a lot to do with Facebook's failure in the mobile operating system ecosystem. Mark Zuckerberg has said explicity that he wants to be in on the ground floor of VR because believes that it will be the next big thing, and he doesn't want his company to be left behind again.

"If you look at how people spend time on all computing platforms, whether it’s phones or desktops before that, about 40% is spent on some kind of communications and media," he said recently.  "Over the long term, when [Oculus] becomes a more mature platform, I would bet that it’s going to be that same 40% of the time spent doing social interactions and things like that. And that’s what we know. That’s what we can do."

Google, on the other hand, does not necessarily have the same drive to prove itself. It seems more likely that it wants to get in on VR because this is a space that is about to open up in a big way.

It should be noted, though, that amount raised in 2014 was inflated by that aforementioned Magic Leap investment, which inflated the number. That single investment totaled more than 82 percent of all the money raised in 2014, and without it the numbers would look quite a bit different.

This news was first reported by Re/Code on Tuesday. 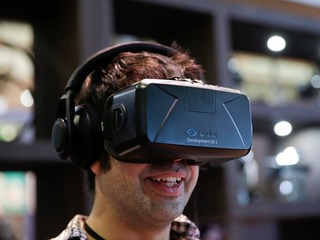