The company switched its name, and began focusing on health benefits and workers’ comp, in September 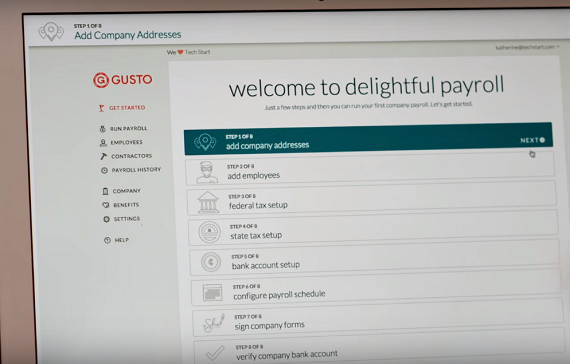 If Zenefits wasn't already a little worried about potential competition, maybe it should be now.

Gusto, the company that used to be ZenPayroll, before it rebranded in September, is on track to raisearound of funding of up to $50 million, according to a filing with the Securities and Exchange.

While no investors are listed, Hemant Taneja, Managing Director of General Catalyst Partners, is. Thatfirmhas previously participated in the company's Series A and Series B rounds, so there's a good chance it invested in this round as well.

Gusto had previously raised over $86 million in funding from the CEOs of Yelp, Dropbox,Evernote,Instagram, Eventbrite, WordPress, Instagram, Box, Stripe and others, as well as GoogleCapital,Emergence Capital Partners, Ribbit Capital, Kleiner Perkins Caufield & Byers, and GoogleVentures.

Its most recent funding round came in April, when it raised $60 million at a $560 million valuation. Thereisno word on what the company's valuation would be after this round is complete.

Gusto was founded as ZenPayroll in 2011, and launched in 2012, as a way to help makes payroll services simple forsmallbusinesses. It automates the complexity of payroll taxes and compliance, and helps employersstrengthentheir relationships with employees.

In September, the company added health benefits and workers’ comp to its services. That put itdirectlyinto competition with Zenefits, a service that assists companies with managing their humanresources,specifically their health insurance coverage.

The change in focus also came with the name change; it cannot be a coincidence given that it wa now going up against a company with a very similar name.

Going after Zenefits is going to be achallenge. That company has raised over $583 million, including a $500 million round at a $4.5 billion valuation in May.

If there's a silver lining for Gusto, though it's that Zenefits has been one of the victims of unicorn downsizing. Fidelity cut the value of its shares in Zenefits by 48 percent in November,

VatorNews has reached out to Gusto for comment on this new funding round. We will update this storyifwe learn more.

A spokesperson for Gusto has informed VatorNews that the company has raised the full $50 million in "an opportunistic insider financing."

Primary investors in the round were Gusto's existing insiders, including Google Capital, General Catalyst, and Obvious Ventures. The company is now valued at several hundred million dollars higher than it last round of financing, and it's at a $1 billion pre-investment

"Since we had plenty of capital in the bank, this new capital is there primarily as buffer. We will keep executing our roadmap. We'll be expanding our health benefits across the country."

Gusto is currently processing billions of dollars in annual payroll for more than 25,000 small businesses across the country. The company supports businesses in all 50 states, and is now serving 0.5 percent of all employers in America. 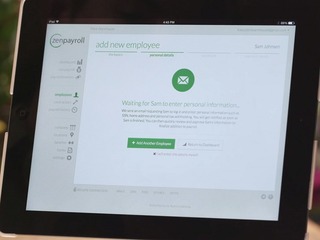