Say hello to the newest unicorn.

If the latest reports are true, food delivery service DoorDash is in talks to raise a new round of funding at a $1 billion valuation. Bloomberg’s sources say previous investor Sequoia Capital would be leading the new round.

To date, the company has raised nearly $60 million from Kleiner Perkins Caufield & Byers (KPCB), Sequoia Capital, and Khosla Ventures. Doerr, who now sits on DoorDash's board of directors after leading the $40 million Series B round from KPCB in March of this year, will be speaking at the Post Seed conference a week from today.

Though DoorDash just raised a ton of money, it could always use a little bit more.

First, it’s operating in an incredibly crowded space. Here are some other food delivery startups you may have heard about: Blue Apron, Chefday, Din, Gobble, GrubHub, HelloFresh, Maple, Munchery, Plated, PlateJoy, Postmates, SpoonRocket, Sprig, and… if you get tired of these, you could always order lunch from an Uber.

Combine all the startups I’ve listed (leaving out Uber) and you’ll get $1 billion in venture capital raised so far. Uber, of course, has raised several billion dollars all on its own, as its cars attempt to conquer the world not just for rides, but to hand out puppies, ice cream, flu shots, and, of course, lunch.

The second reason DoorDash could use a big war chest is for leverage.

While the company does try to form official partnerships with restaurants, as it recently did with Dunkin' Donuts and Kentucky Fried Chicken, not everyone is game. In fact, DoorDash was sued a couple weeks ago by In-N-Out for trademark infringement and unfair competition because the startup had mocked up a fake In-N-Out logo for its website and delivered In-N-Out products to customers without the chain’s blessing.

With a new round of funding, DoorDash could have significant leverage to motivate more big-name restaurants to join its online menu. (Or, at least the money could be used to pay for lawsuits.)

DoorDash is also facing additional litigation after a class-action lawsuit was brought forth alleging that the company misclassified its delivery drivers as independent contractors. That is, drivers were considered employees but received no employee benefits, including expense reimbursements, minimum wage, and overtime.

While there are currently 144 private companies valued at $1 billion or more, according to CB Insights, few of those have anything to do with food delivery. The two that do--Blue Apron and Instacart--are grocery delivery services each valued at $2 billion. If today’s reports are true, DoorDash would be the first restaurant food delivery service valued at the unicorn mark. 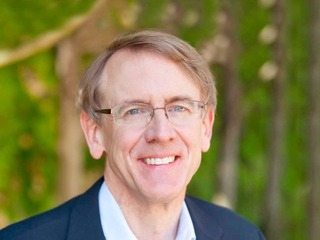