Facebook will open up Safety Check for more human disasters

The company came under fire for giving Safety Check to France, while ignoring Beruit a day earlier 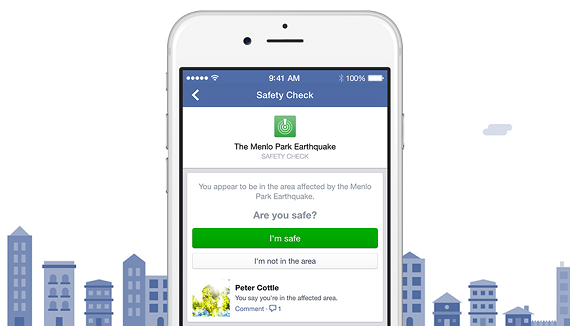 There were two reactions to the terrorist attacks in France over the weekend. The first was an outpouring of support, complete with people changing their Facebook profile to reflect it. I was one of those people; I changed mine to a picture of the Eiffel Tower I took in 2007, with the colors of the French flag superimposed on top. That gesture, I felt, was a harmless way of showing solidarity. After all, I was in New York on 9/11, so I have a good idea what Parisians are feeling right now.

The second reaction was: hey, it's great you support France, but you do realize that a lot of other places are bombed too? Where's your support for them? To which I said... "Uh, yeah, that is kind of messed up."

Facebook became a big target for that line of thinking when it opened up its Safety Check feature for people living in Paris, so they could let everyone know they were ok. The problem is that ISIS also attacked Beirut just one day before, and Facebook did not open up the same feature for those people. Like I said, kind of messed up.

Mark Zuckerberg has heard the complaints, and now he has vowed to do something about it.

"Many people have rightfully asked why we turned on Safety Check for Paris but not for bombings in Beirut and other places," he wrote, explaining that until then "our policy was only to activate Safety Check for natural disasters."

Now Facebook has gone ahead and changed the policy, with plans to active the feature for more human-caused crises going foward.

"Thank you to everyone who has reached out with questions and concerns about this. You are right that there are many other important conflicts in the world," said Zuckerberg. "We care about all people equally, and we will work hard to help people suffering in as many of these situations as we can."

Safety Check was first introduced in October of 2014 as a response to Hurricane Sandy in 2012, when social media took on a greater role than ever before during a natural disaster. Facebook became a key way for people to get in touch with loved ones, and let them know that they were alive and well, and so the company decided to embrace this aspect.

The 2011 earthquake and tsunami in Japan was also an inspiration for the features. That incident led Facebook to build the Disaster Message Board, which was designed to make it easier to communicate with others after an earthquake, or some other natural disaster, hits. Disaster Message Board is what then morphed into Safety Check.

Facebook was not the only company to react swiftly to the attacks in Paris.

Despite rumors to the contrary, Uber turned off all surge pricing (the company apparently learned its lesson from what happened during the hostage crisis in Sydney last year). Airbnb launched a disaster response tool, and said that it woud reimburse the cost of any stranded travelers who were forced to extend their stays.

Twitter users set up the hashtage #PorteOuverte as a signal that it was a place for people to go so they could be safe.

Finally a bunch of telecommunications companies, including Google, Verizon, Sprint and Skype allowed people to make calls for free.