With $2.9 billion in transactions this year, Craigslist-like marketplace remains free-to-use 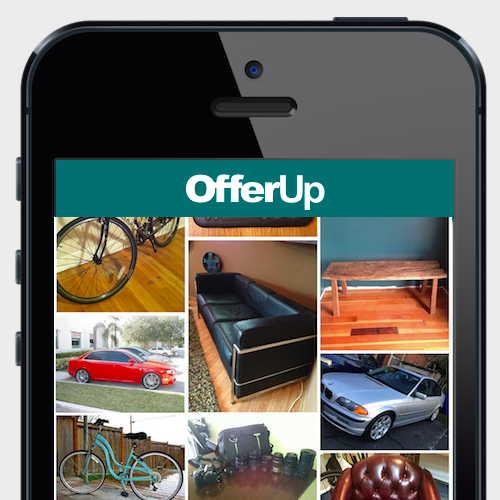 OfferUp, a new marketplace for buying and selling locally, today announced that it has raised $90 million in total financing over the past year from several top-tier investors.

Many are citing (the perennially-disrupted) Craigslist as the chief incumbent which OfferUp wants to replace. Unlike Craigslist, however, OfferUp requires sellers to create user profiles so that buyers can have a better sense of who they’re potentially making a purchase from.

“OfferUp started after our own frustrating experiences trying to find a new home for items that weren’t getting much use in our lives,” says the company.

The service is available via Web, Android, and iOS and--today--doesn’t cost a thing.

After launching in Seattle (near the company’s Bellevue headquarters), the service is now available in every major city across the U.S. The next step is to expand internationally.

As for making money, OfferUp appears to be taking the well-worn path for technology companies by remaining focused on acquiring as many users in as many regions as possible before instituting revenue-generating features. The company says it has facilitated an impressive $2.9 billion in gross merchandise transactions so far this year, but when I reached out to ask whether they’re profitable yet, I was told they’re “not monetizing yet.”

Though the company isn’t discussing its moneymaking plans, it’s likely they will follow the most common model, which is to take a small cut from every sale.

Obviously this would set it widely apart from Craigslist, which is free for both buyers and sellers, and would move OfferUp into the eBay realm. But then OfferUp is designed and optimized for local commerce, though one could certainly imagine the mature service expanding this option as well.

Facebook has also toyed around with creating a local marketplace, but nothing has taken off quite yet.

Another similar service that comes to mind is Yerdle, where you can "sell" your unused stuff for Yerdle Dollars, which can in turn be saved up and spent on items that others have listed on the marketplace. The big difference is there’s no cash exchange on Yerdle.