YouTube forced Partners to sign up, and changed the revenue split, but in ways that benefit creators 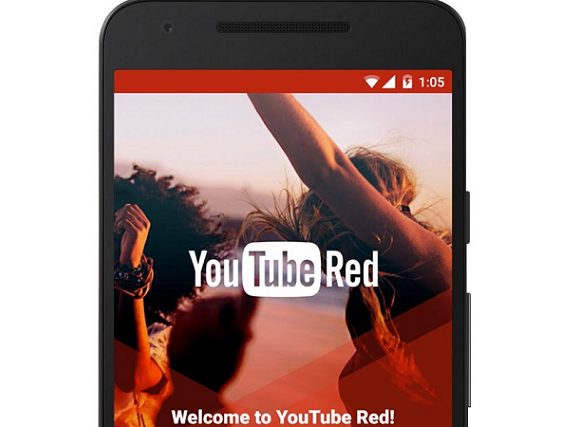 Last week YouTube premiered its ad free service called YouTube Red, which allows users to pay $9.99 a month and get the same YouTube they've always gotten, except this time, of course, without ads. Other features include offline video, and the ability to play audio from a video in the background on mobile

That's all well and good from the user side. Don't want ads? Pay. Don't mind sitting through 30 second ads? Don't pay. Everybody wins.

But what about from the creator side? How does this affect them? The changes only apply to YouTube's ad partners and not significantly, it turns out.

In terms of what they are going to be paid, the "creator community will make as much or more money on YouTube than they would have without it," according to a blog post from YouTube. "And on a per-user basis, a paying YouTube Red member will generate more money for creators than a typical ad-viewing, free user."

In fact, YouTube has even decided to start pay its creators during the first, free month that users sign up. Google seems to have learned a lesson from Apple on this one.

Google Play Music subscribers will instantly join YouTube Red, and get the service for no extra charge, so YouTube will be paying a portion of the revenue we receives from those subscribers to its creators until subscribers have to start forking over the cash.

"Creators are the lifeblood of YouTube." it wrote, though it does not say exactly what percentage of that subscription fee actually will go to creators once those free trials are up.

When it comes to ad revenue, the company has updated its service agreement, changing the way that it decides to doll out money. Rather than by counting views, it will be going by watch time instead. Theoretically that would make it so creators with longer videos could benefit.

This is actually something that the company has been doing since 2012, and it likely won't have a significant effect on how revenue is dolled out. If you have a three hour video that's watched once all the way through, it will make the same revenue as a five minute video that it watched 36 times. What matters is the number of minutes watched.

There is one significant change, and it has been somewhat controversial and that is the fact that YouTube partners are being forced to sign up for YouTube Red. They are not allowed to continue running ad-supported content without also allowing ad free content to users.

The most public company to be affected by this is ESPN, which pulled all of its videos from the site in the lead up to the launch of Red, due to rights issues.

It's easy to see from YouTube's point of view why they would want content creators to come over to Red; after all they are asking users to spend their hard earned dollars for an ad-free service. If half of creators decided to stick with an ad-supported format, the subscription wouldn't be worth much, especially if that is a channel they watch frequently.

It may seem unfair, or like bullying, to force creators to sign up for a service, but the company really does believe that it will be in their best interest.

So far the response from creators seems to have been pretty positive. Not only have 99 percent of the millions of YouTube partners signed up, but one of its biggest stars, PewDiePie, has already come out in favor of the service, noting that, due to Adblock, "YouTubers lose about 40% of their ad income," and that now those same creators will be guaranteed income.

Of course, not everything goes smoothly. VatorNews is a YouTube ad partner, and we've had a lot of trouble getting our videos back online, even after signing the new Terms of Service. Hopefully we'll have our videos back up for you soon!