Dorsey: Moments shows a "fundamental shift in our thinking" 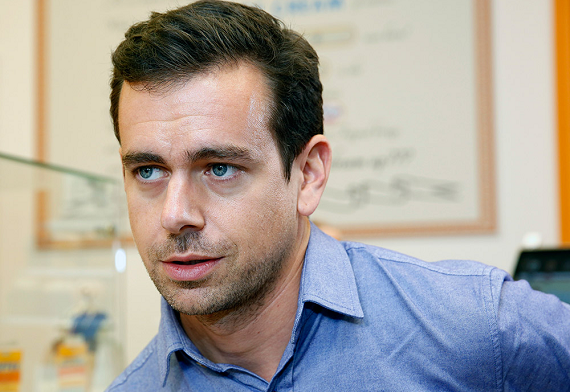 In his first conference call as Twitter's full-time CEO, Jack Dorsey addressed a few of the big changes that he has implemented since he came over in July.

One of the most controversial moves made by Dorsey, was cutting  336 jobs, or 8% of Twitter's global workforce, in the first mass layoff in Twitter's entire history.

He addressed this very early in the call.

"As we said on our last earnings call, our focus is on three things: a more disciplined execution, simplifying our services and better communicating our value," he said.

When it comes to execution, "we simplified our road-map around a few big breadths across Twitter, Periscope and Vine, that we believe represent our largest opportunities, assigned leads for each major product initiative, and fully staffed those teams."

"As part of this focus we made a decision to reduce our workforce by about eight percent. While this decision was difficult, we strong believe we can move faster, with this new org structure, and smaller, nimbler teams."

The company is still hiring, and investing in talent "in ways that specifically serve our priorities.:

One of Twitter's biggest moves was debut of Moments earlier this month. It's a feature that is designed to curate content by aggregating Tweets and photos from live events and breaking-news situations.

Ross Sandler from Deutsche Bank asked Dorsey about Moments, in regards to what metrics the company had seen so far in the few weeks that the feature had been live.

CFO Anthony Noto spoke first about Moments, saying, "Moments by itself is simplifying our product."

"There are many features within Moments that leverage the strength of Twitter, the social aspects of Twitter and the strength of our open communication network. So the retweet, the share and the favorite, you can retweet, you can share, and you can favorite within Moments. And what that does is it provides content back to all your followers, in their own timelines, enhancing their experience," he said.

"So Moments is about driving adoption without a doubt, and engagement, but it's also about reinforcing the quality and strength of every note in our network."

Then Dorsey spoke up about Moments as well, saying that it "represents a real, fundamental shift in our thinking."

Twitter is organized in reverse chronological timeline, where people have to "do a bunch of work to find the right accounts to follow," but Moments allows them to "open it up and you can actually see everything that's happened in the world that's most meaningful," and which is organized by topic so that they can see "really unique insights and commentary the particular event that you're interested in."

"So it questions the reverse chronological timeline, provides a chronological narrative, a complete story that is human curated, that gives you much deeper insights and, at the same time, you don't have to do any of the work to find and follow accounts."

Moments, he said, is just one example of how Twitter is making it easier to follow, and "there will be many, many more over the coming year."

Later in the call Dorsey was asked about how Moments will evolve, and Dorsey took that opportunity to talk about how he views Twitter going forward.

"When I came back into the company one of the first things that we did was really look at the roadmap, and looked at what we were building and we made some decision to say no to some things so that we could focus on the most meaningful products initiates that we thought would bring potential for growth in usage," he said.

"Moments is one of those bold new experience that, I think, does questions a bunch of our fundamentals around making Twitter a whole lot easier to understand, and the goal here is so that you open up the service, whether you're on Twitter.com or you see it on a website that is not owned by us, but is actually embedded, or whether you open up the app and immediately you see what's going on and its the best of Twitter in one place."

Some of the other things that Twitter has in the pipeline include "a number of iterations that continue to make Twitter easier to understand and make it far more approachable than it has been in the past."

The company will also be creating products that "speak to the patterns that we've seen on Twitter from day one."

That includes the large number of communities that the network has, from "people interested in niche topics to actually larger movements" such as Black Lives Matter, "that we can actually take an opportunity and connect people to immediately so they can start conversing and talking and sharing whatever they find and whatever they find most meaningful."

Twitter also wants to do more around customer service, and helping to connect users and brands, and to make that process easier.

"We do think that the platform, the network aspect of our service, is fundamental to both us and to the world. And developers make all that possible and we will continue to build great tools to extend the power of all our developers, but also to extend the reach of Twitter."

Q3 by the numbers

Twitter reporting Q3 revenue of $569 million, up 58% year-over-year. That beat its own forecast range of $545, and also beat analyst expectations of $559.6 million.

By comparison, in the second quarter, the company had added eight million new users, including SMS Fast Followers.

For this quarter, mobile represented approximately 80% of total MAUs.