It's clear that the future of live sports is online, but it may not reach as many viewers that way 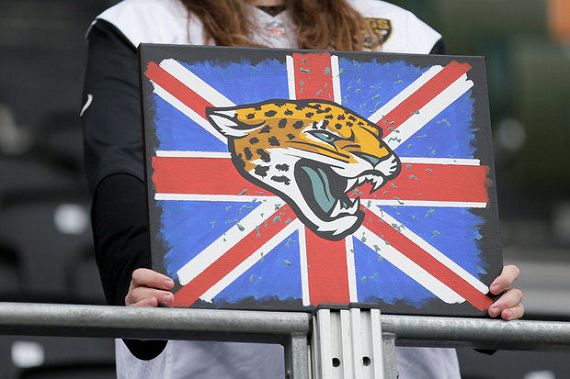 After hosting what it calls the "first free, global live stream of a regular season NFL game" on Sunday, with the Jacksonville Jaguars playing the Buffalo Bills in London’s Wembley Stadium, now the company is touting its numbers as a big success.

The company saw 33.6 million streams of the game and over 15.2 million unique viewers. And a third of those streams came in internationally, across 185 countries around the world.

Yahoo is calling it "one of the largest live streamed sporting events in history," though it was never going to come close to the 1.4 billion viewers, and 62,400,000 minutes viewed, for 2014 FIFA World Cup. To be fair, the two events are apples and oranges, considering that the World Cup is a month-long event.

Considering that NFL games saw an average viewership of 19.2 million on the big broadcast networks in 2014, that number doesn't seem bad at all, especially considering that relatively fewer people likely knew about the option to stream it.

"We couldn’t be more proud that the NFL chose Yahoo to bring football to fans around the world through this unique live stream experience. We’re seeing more and more people shift away from TV and we’re thrilled to join the NFL in setting a new standard for sports programming," Adam Cahan, SVP Product and Engineering at Yahoo, wrote.

It's only that, when you dig a little deeper, the numbers don't look quite as rosy. One stat that Yahoo shared was that over 460 million total minutes of the game were streamed across devices. As CNN notes, the game was 195 minutes long, which gives the game an average viewership per minute of 2.36 million, down significantly from the 10 to 20 million viewers per minute that games usually get.

There's also the fact that when Yahoo says it had over 15 million viewers, what it really means is that it was seen by anyone who visited the Yahoo homepage while the game was on, since the game was automatically live streamed. And Yahoo obviously is not saying how many viewers were watching intentionally, and how many just happened to stumble upon it.

What really matters here, of course, is whether this was a financial success for Yahoo, and that seems to be the case right now. The company says that it partnered with 30 top brands for the event, and that it was "sold out."

Compare that with Yahoo's pretty disasterous foray into original programming, which included a resurrection of NBC sitcom Community. The company was forced to take a $42 million write-off on those shows, altering its video plans for the foreseeable future, though the company was quick to say it is not completely writing off the idea of doing original programming again in the future.

It is speculated that Yahoo paid at least $20 million for the rights to stream the game, in return for exclusive ad rights. Yahoo did not release any figures regarding how much it cost to advertise on the game. VatorNews has reached out to Yahoo for comment and we will update this story if we learn more,

10 years ago, the prospect of watching an NFL game online was just not in the cards. In fact, it was only last year when DirectTV began allowing for streaming access to out-of-market football games without needing to have a DirectTV satellite TV account.

Considering that for a lot of people, sports might be the only reason to even have a cable package at all, the fact that the NFL is moving online is a big, big deal.