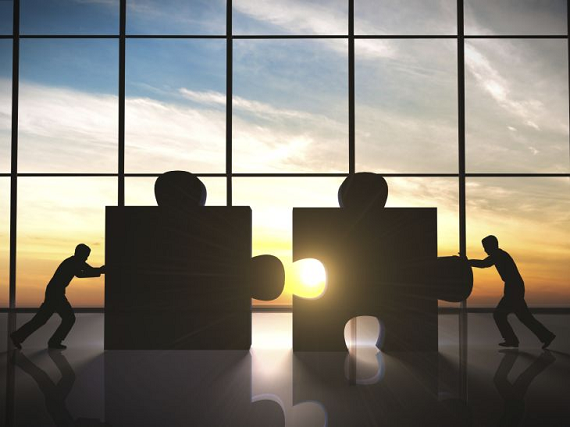 SecondMarket will be integrated into NASDAQ Private Market, serving customers worldwide with bicoastal headquarters in New York and San Francisco. Bill Siegel, CEO of SecondMarket, will lead the business.

The combination establishes a leading provider for innovative and efficient solutions to deliver secondary liquidity and equity management services.

Founded in 2004, SecondMarket had raised $34.15 million in venture funding.

Time Inc. acquired women’s lifestyle brand Hello Giggles. Terms of the deal are not being disclosed, though the price is being reported to be in the $20 million range.

Rossi will remain in her CEO role and report to Rich Battista, Executive Vice President of Time Inc. and President of People, Entertainment Weekly and People en Español. Deschanel will continue to serve as Chief Creative Officer of HelloGiggles.

The company will retain its name and remain in its current headquarters in Los Angeles, California. While continuing to operate as a separate business, HelloGiggles will have access to the considerable assets of Time Inc.

Selling on-demand service Gone acquired Yardsale Inc. assets, including its online listing and selling product and platform, FOBO. The terms of the deal were not disclosed.

Yardsale participated in the Y-Combinator accelerator in 2011, initially focusing on its elegant classifieds app, built for iPhone. Yardsale launched FOBO in early 2014, yielding them a $1MM run rate within two months and a seed financing of more than $2.5MM from a group of notable Bay Area investors.

Going forward, Yardsale co-founders Ryan Mickle and Ed McManus will work closely and with the Gone team in advisory roles.

With this acquisiton TriPlay will be able offer its millions of users songs from a combined catalog of more than 25 million songs from every genre.

A combination of cash and stock, the deal retains the executives and employees of eMusic and integrates both companies' operations

Docker today announced that it has acquired Tutum, a cloud service used by developers and sysadmins to deploy and manage Docker applications. No financial terms of the deal were disclosed.

Tutum’s services to provision infrastructure and deploy and manage Docker apps will still be available to users. There will be initial integrations with Docker Hub, with a lot more to come in the future.

Founded in 2013, Tutum was a TechStars graduate and had raised $2.72 million in venture funding.

Bagless vacuum cleaner company Dyson acquired Sakti3, a startup that pioneered a new battery platform, in a deal worth $90 million.

Sakti3's prototype solid-state battery cells have a high energy density, giving them the potential to increase the density of today's most advanced liquid lithium ion batteries, while also being smaller, safer, more reliable and longer lasting.

Founded in 2007, Sakti3 had raised $50.2 million in venture funding. Dyson had invested $15 million into the company earlier this year.

The deal will allow Funding Circle to expand into new countries, including Germany, Spain and the Netherlands, alongside its existing operations in the UK and US.

As part of the  deal, Zencap will now operate as Funding Circle across Europe. Launched by Rocket Internet in March 2014 the business will be led by Matthias Knecht and Christian Grobe, founders of Zencap.

Asentinel, a provider of lifecycle Technology and Telecom Expense Management solutions, acquired eMOBUS, a disruptor in the field of Mobility Managed Services. No financial terms of the deal were disclosed.

With the acquisition of eMOBUS, Asentinel will strengthen its MMS offering and accelerate its entry into the technology expense management market.

Headquartered in San Diego, with a software development office in Silicon Valley, eMOBUS serves over 500 companies like Netflix, Silicon Valley Bank and NetSuite.

The deal is expected to be finalized by the end of the fourth quarter of 2015.

Data storage company Seagate acquired Lyve Minds, a service for managing personal photos and videos. No financial terms of the deal were disclosed.

As per the deal, Seagate will continue to support existing Lyve Minds hardware and services. Founder Tim Bucher will head a newly-formed consumer group together with Seagate SVP Mark Whitby.

Seagate had previously invested in Lyve Minds, and the startup was using the company’s hard drives in its storage products.

Thales, an e-security comany, signed a definitive agreement to acquire Vormetric, a provider of data protection solutions. The deal is worth $400 million.

The transaction is subject to customary closing conditions and expected to close during the first quarter of 2016.  When the acquisition is completed, Thales will further extend its cybersecurity capabilities and offer its customers a comprehensive data protection suite of solutions for protecting enterprises against cybersecurity threats at the highest levels of assurance.

Founded in 2001, Vormetric jas a workforce of 200 employees, and its customers number 1,500 enterprises, including 17 of the US top 30 companies. The company had raised $45 million in venture funding.

The seller in the transaction was Halyard Capital, a New York based private equity fund.

Infosys, a provider of consulting, technology, outsourcing and next generation services, acquired Noah Consulting, aprovider of advanced information management consulting services for the oil and gas industry. This acquisition was an all-cash deal, with an aggregate purchase consideration of US$70 million.

The transaction is expected to close before the end of the third quarter of FY 2016, subject to customary closing conditions.

Google acquired Digisfera, a startup focused on panoramic images. No financial terms of the deal were disclosed.

Founded in January 2011, Portugal-based Digisferad eveloped two sets of tools: PanoTag, which lets developers add tagging functionality to their apps, and Marzipano, which processes panoramas and exports them as 360 degree images. Google is discontinuing PanoTag, and plans to open-source Marzipano in the coming weeks.

Digisfera’s employees will be joining the Street View team.

Credit monitoring service Creditera rebranded to Nav and acquired Fundastic, an online platform with a deep stable of business financing educational content and tools. No finanancial terms of the deal were disclosed.

Nav has migrated Fundastic's content to its site, bringing even deeper educational value and insights into its marketplace recommendations and product reviews.

Founder Steve Greenwood and the rest of the nine person team will be joining RBI, with Greenwood taking the title of president of digital and reporting directly to CEO Daniel Schwartz.

The Brewster app is not joining RBI, and RBI is not acquiring any of the data from the app. RBI has agreed to let Brewster’s former staff continue to maintain it on the side.