A day after it shut down, Zirtual gets bought and saved

Startup.co has purchased the virtual assistance company, which will resume operations on August 17 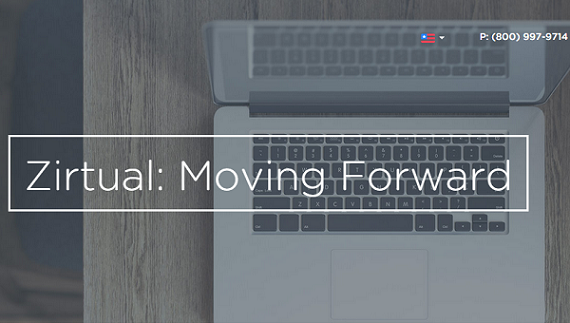 It's been a wild ride for virtual assistance company Zirtual over the last day or two, to put it mildly. Afterannouncing that it had paused all operations on Monday, and in the process laid off its 400 employees without notice.

Now the company has just been saved through an acquisition by Startup.co, which was announced on Tuesday. No financial terms of the deal have been disclosed, but Zirtual will resume service on Monday, August 17.

Founded in 2011, Zirtual connects customers with remote assistants who can assist them with tasks, such as answering their e-mails, scheduling and doing online research. As of last count, it had 400 assistants on its payroll, all of whom were fired just around a day ago.

Startups.co is a startup launch platform, which helps startups with finding customers, press, funding and mentors to help them grow. Its products include Fundable.com. Clarity.fm and Launchrock.com.

Now that Zirtual is a part of Startups.co all operations will transfer to Startups.co, and the company said in an FAQ section that it is going to try to hire back as many of the virtual assistants that it can.

"Ideally we’d like to keep everyone, but given that the previous state of the company was unsustainable, it’s not reasonable to think we can continue to do so. Prior to the announcement, the company had employed over 400 professionals, so we have a lot of work to do to determine how many we can retain," t said.

As for Zirtual's other employees, who handle technology, operations, marketing and administrative duties, they are in the same boat.

"We anticipate some number of those employees will resume their work post-acquisition but until we have enough time to evaluate and transition the business we can’t be certain. Needless to say, we would love to have them all back."

So what caused this strange situation to occur in the first place? The company simply ran out of money, and a deal to raise more fell through at the last minute.

In a blog post, Maren Kate Donovan, CEO of Zirtual, explained it this way: “Zirtual was not flush with capital — for as many people as we had, we were extremely lean. In total we raised almost $5 million over the past three years, but when we moved from independent contractors (ICs) to employees, our costs skyrocketed. (Simple math is add 20–30% on to whatever you pay an IC to know what it will cost to have them as an employee).”

When the funding fell through, she said, "the law required us to terminate everyone when it became clear to us that we wouldn’t be able to make the next payroll."

When he heard about what happened, Wil Schroter, the Founder and CEO of Startups.co, who happens to be a customer of Zirtual, immediately began working with the CEO and Board of Directors to put a continuity plan in place, and to then buy the company

“As a young company ourselves, having access to a curated on-demand workforce that can help us grow and scale is a huge opportunity. It’s an enormous challenge for the 1 million registered startups that we have across the Startups.co platform, and one that we absolutely can’t see go away," he said in a statement.

Zirtual customers are able to call and reactivate their accounts, and will be provided an account credit for unused service based their plan level.

Since I started writing about tech I have seen a lot of companies get acquired, many of which were then shut down. But this may be the first time I have ever seen a company go out of business and literally get saved the next day, almost like they had a guardian angel. What a crazy story!