HackerRank to revamp the way programmers get hired, by putting their skills to work 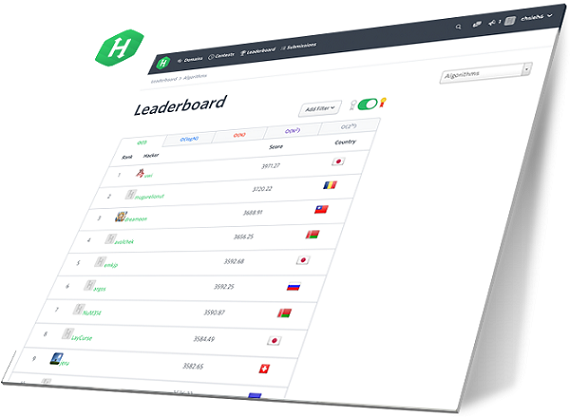 There is no shortage of needs for programmers in Silicon Valley but the method for companies to find them is outdated, with hiring managers still having to painstakingly screen thousands of resumes to identify potential candidates.

Now, finally, someone has found a better way. And that company is HackerRank which has just raised a $7.5 million strategic investment from Recruit Holding’s  HR Technology Fund, it was announced on Tuesday. With this new round, HackerRank has now raised $17 million to date. Previous investors include Khosla Ventures, Battery Ventures and Y Combinator.

Founded in 2012, the Palo Alto-based HackerRank is a company revolutionizing the way that companies find programming talent, updating technical recruiting by using gamified code challenges. It assess candidate’s real coding skills on display at the onset of the interview process.

Its virtual hackathons, called CodeSprints, source talent from all reaches of the world, placing Iowans at Palantir and Mongolians at RocketFuel.

"As it stands right now, technical recruiting is broken and antiquated. Job seekers are judged based on their resume, instead of their actual coding skills, and hiring managers have to painstakingly screen thousands of resumes to identify potential candidates," Vivek Ravisankar, CEO and Co-Founder of HackerRank, told me.

"HackerRank is transforming the broken technical recruiting process for top companies across all types of industries. It solves it by offering companies a chance to source and hire programmers on the HackerRank platform, which has over one million developers."

Customers use HackerRank to source and hire programmers. Through HackerRank’s platform, candidates show off their coding chops in code challenges and HackerRank automatically assesses and scores candidates performance on those coding challenges.

"According to study by Dice, a poor hiring decision for a candidate earning $100,000 per year could cost, on average, $250,000, and that expense comes right off the bottom line," said Ravisankar.

"With HackerRank, companies can hire based on skill, not school. We believe that resumes, GPAs and pedigree tell only part of the story. When hiring programmers, our over 1,000 customers go beyond the resume and get insights into real coding skills with code challenges. "

HackerRank has over 1,000 customers in the enterprise, financial and media landscape. Clients range from vmware, Amazon, Bloomberg to companies like Morgan Stanley, Target, Walmart, Capital One. The company also boasts an active community of over one million competitive programmers.

The company will use the new funding to expand its team. The company currently has 125 employees and it plans to add more employees in the sales and engineering departments.

It will also go toward international expansion, Ravisankar told me, which will be helped by the investment made by Recruit.

"There's a huge pool of overlooked talent scattered across the world and regions like Asia are an interesting market for tech companies. Receiving this strategic investment from Recruit, Japan's leading HR staffing platform, is a huge validation for HackerRank," he said.

"Recruit understands scale and we wanted that kind of experience added to HackerRank. Given Recruit’s global footprint, they will help us dominate this market."

Ultimately, Ravisankar, who is a former software engineer at Amazon, has "experienced both sides of the tech recruiting process, first as a candidate and then as an interviewer."

"I realized how difficult it is for companies to evaluate programmers based on metrics listed on resumes. HackerRank’s philosophy is to help make the world flat by evaluating candidates purely based on skill," he said.