Most of Monsoon's workers going to work at Capital One, the rest will work at rebranded agency Kunai 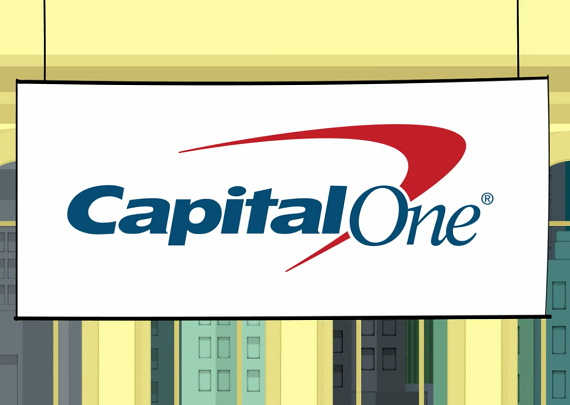 Banks are not exactly know for having the most user friendly design. I use Citibank and while the website is functional, its also pretty clunky, with functions hidden away under different tabs and things not clearly marked out.

Capital One, for its part seems to be looking to change that, and bring the sector up to date.

Of course there are two ways to do that: either build out their own team to overhaul its design, or bring in an existing team, with years of experience in this space. The company chose to go the latter route, acquiring development, design and marketing services firm Monsoon, it was revealed in a blog post on the Monsoon's website on Wednesday.

Financial terms of the deal were not disclosed, however Capital One did tell ReCode that the price is in line with other acquisitions of similarly sized firms.

Founded in 2001, Monsoon is a software services firm that covers the full lifecycle of software development work, including strategy, design, development, and quality assurance. It has worked with a range of Fortune 100 companies, small businesses, nonprofits, and government institutions. Customers have included Yammer, Microsoft, Wells Fargo, Zazzle, the NBA, Hewlett Packard and Cisco.

For Monsoon, Capital One is not just any bank. In his blog post, Sandeep Sood, CEO of Monsoon, labled his new home as a "startup."

"Why are we selling to a bank? Shouldn't we be going to an electric car company or to a sexy hardware startup? We don't think so. During the past few years, the way we understand money has begun to change at the most fundamental levels, and of course, financial technology is at the heart of this change," he wrote.

"Capital One understands that banking is ripe for transformation and we are deeply excited to be joining them to deliver bold, breakthrough transformations that will help people connect with their finances in new, meaningful and delightful ways.

For Capital One, getting Monsoon's team on board means enhancing its focus on design.

"Banking is ripe for transformation and Capital One is committed to changing the way people relate to their money by enhancing visibility, mobility, control, simplicity and transparency in banking. The acquisition of Monsoon is a natural fit as it furthers our product/design-driven business strategies," a Capital One spokesperson told VatorNews.

"Several years ago, we began laying the groundwork by building our own strong internal team of product developers and product designers: Capital One Labs. Acquiring Monsoon’s developer talent enables Capital One to further our lead in the development/design experience industry that’s started to see significant digital disruption."

The acquisition also accelerates Capital One;s efforts to build a presence in the San Francisco area, with the goal of developing and delivering transformations that will help people connect with their finances in new, meaningful and delightful ways.

The two companies were a good fit because they "share a common passion in building innovative, easy-to-use mobile and on-line tools and resources for our customers." And both companies have a culture that is focused on "redefinition in that they have long believed in the importance of combining strategy, design and development and applying these individual areas of expertise into one overall approach to product."

"The acquisition of Monsoon shows Capital One’s commitment to the most modern programming frameworks and technologies. Monsoon was one of the first agencies to deliver apps in Swift (iOS), and has been a leading proponent of Angular.js and React. Overall, Monsoon supports Capital One’s ability to design & develop high-quality native apps and cutting edge web experiences to its users," said the Capital One spokesperson.

The Oakland-based company has a team of 40 people, only some of which will be heading over to capital one. Monsoon itself will no longer exist, but those workers who don't go to Capital One will continue on as a rebranded agency called Kunai.

"Kunai is a team of designers, developers, and product managers focused on getting ideas off the whiteboard and into the hands of your customers. We are carrying on the legacy of the Monsoon methodology and approach to software product development," the company says.

As for RainFactory, the team shtat handles technical marketing for Monsoon customers, including eCommerce companies, Fortune 500 corporations, and rowdfunding campaigns, that team will be moving to a new office in Oakland, "but will continue to work on ground-breaking crowdfunding campaigns and long-term digital marketing strategy."

At Capital One, the Monsoon team will be helping the company deliver better products for its customers.

:We’ll be working with teams across the company to help continue to deliver bold, breakthrough transformations that will help people connect with their finances in new, meaningful ways – and we know that Monsoon’s incredible talent and innovation will help us deliver that," the spokesperson said.

Part of the team that will be heading over to the new company includes co-founders Sood, Neil Tolani, and Rishi Mehta. Part of the reason they chose to make this move, Sood wrote, is because it represents a new challenge to the team.

"Going in-house also intrigued our team. Agencies like Monsoon are excellent places to hone your skills as a developer or designer. Our team has worked with everyone from major universities to iconic entertainment brands. They have been expected to execute repeatedly, against impossible timelines and project goals," he said.

"Agency work can be incredibly fulfilling, but we were ready for a new kind of challenge. We were interested in seeing what would happen if we could spend years focused on a core set of products."

This is the latest design related acquisition for Capital One. Last year it purchased Adaptive Path, a design and user experience consultancy. The company also hired former Google Designer Dan Makoski as its VP of design.

VatorNews has reached out to Capital One for comment on the acquisition. We will update this story if we learn more.