ZOZI raises $30M to help you be more active

The funding will go toward building out ZOZI Advance, its SaaS reservations and payment system 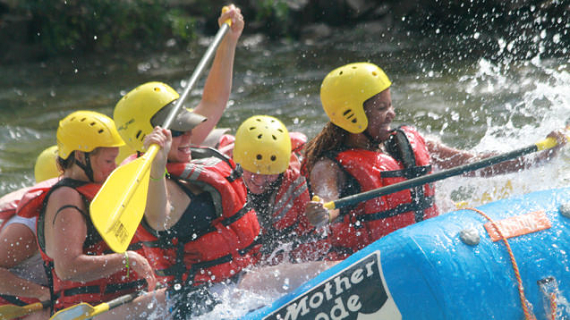 (Updated with comment from TJ Sassani, CEO of Zozi)

Ok, I admit it: I'm kind of lazy. Or, to put it more accurately, I'm not exactly what you'd consider an "active" person. I know I should be, but it's so much easier to, you know, not be.

Maybe I should check out, ZOZI, a lifestyle platform that connects people with local experiences, getaways, and the gear they need, has now raised $30 million in a Series C round of funding, it wasannounced on Wednesday.

ZOZI had previously raised its last round of funding all the way back in 2011, when it raised $7 million, meaning that this latest round brings its total funding up to $45 million. So why start raising money again now?

"We introduced our SaaS booking technology for tour, activity and event merchants in 2013 as we shut down the activities flash sales product line.  Following the transition and a year or two of data, it was clear to investors that ZOZI is a billion dollar opportunity. Our investors know that only companies that raise significant capital and that execute extremely well can scale and win a market as fragmented and challenging as the tours and activities market," TJ Sassani, CEO of Zozi, told me.

"Our unit economics are excellent and improving further, growth is really strong, and our investors have a lot of confidence in our strategy and the team’s execution ability. It’s extremely challenging to find that magic formula, that “trick”, that makes two-sided marketplaces scale.  We’ve found ours, so it’s time to scale."

Founded in 2007, the San Francisco-based ZOZI is a SaaS reservation system for businesses and a marketplace for consumers for the tours, activities and events market. The company's stated goal is to help people be more active.

The company's platform consists of two parts. The first is ZOZI Advance, which is a SaaS reservations, payments and customer management system for businesses. Advance runs on technology from Software as a Service reservation system TripFlavor, which ZOZI acquired back in 2013.

The second part of the platform is ZOZI.com, a marketplace for activities, getaways and gear for consumers. With this part, users are able to discover and book experiences that have been curated by a team of in-house experts; these include full-moon kayaking, vineyard touring by bike, surfing and relaxing in a private coastal villa. They also offer experiences with celebrities, which in the past have included snowboarding the Jackson Hole backcountry with three-time X-Games Gold Medalist and Creator of Art of Flight, Travis Rice.

ZOZI revealed that it saw some tremendous growth in 2014, growing transaction value by nearly 15 times last year. in 2014. It was also named as one of America's Most Promising Companies by Forbes in 2014 and in 2015. It has sold nearly half a billion dollars in activities worldwide, and ZOZI Advance is now used by thousands of merchants across nearly 90 countries. Every 10 seconds, a customer purchases an activity on ZOZI.

"Funds will be used to build out new features on the ZOZI Advance SaaS reservations platform for tour, activity and event businesses, onboard many merchants that are signed up and waiting to use the service, and publish tens of thousands of activities on ZOZI.com in 2015," said Sassani.

"The company will aggressively expand sales and marketing, as well as product and engineering teams."

Zozi believes everyone should experience all the amazing things this world has to offer through unforgettable experiences like ice climbing frozen waterfalls in the Catskills, introductory flight lessons, diving for abalone, exclusive celebrity and athlete experiences, wine tasting by horseback, and more. Zozi also features weekend getaways and vacation packages for customers nationwide. Zozi is headquartered in San Francisco, with offices in New York City. For more information, visit http://www.zozi.com. 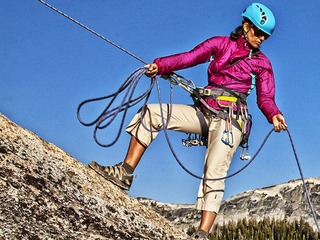