Cupick raises $120K to be the Indian artwork platform 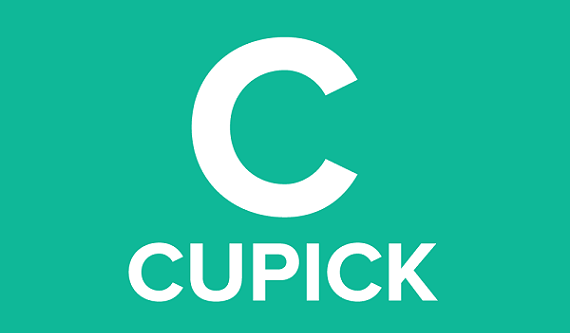 The Internet has been a boon to many industries and professions, but perhaps none more so than artists. People whose work would have gone unseen in previous generations, now have a platform to get their work out like never before. Sites like Redbubble and Society6 allow them to creatively express themselves, and make money off of it.

This has not really been the case in the developing world, however, at least not yet. Cupick, a platform for visual artists to showcase, share and sell their work, wants to change that.

The company announced on Friday that it has raised a $120,000 seed round of funding through TermSheet.io. Several  angel  investors  from  the  United States  and  India  participated in the round, including angel syndicate JKN Partners, JK Patel, Sushil Agarwal from India and Kalpesh Shethia, Rajeev Mudumba, Dinesh Tadepalli and Sudheshna Vuppala from the United States.

Founded just seven months ago, Cupick is a social network for artists that allows them to merchandize  their artwork, by putting it on various items for sale, such as t-shirts, prints and more.

"The scene in India is that there tons of artists, but there arent a lot of avenues for them to monetize their work. Unless you are known, you can't earn a living and it's not really sustainable. What we saw was that artists outside of India, in the U.S., the U.K, and in Europe, could make a significant income from their idle creative assets, and by that I mean artwork that was created in their free time, like a hobby, just doddling, illustrating and painting," Justin Alva, co-founder of Cupick, told me in an interview.

"In India, that is just a small portion of income, so we saw this gap in the industry, of artists not making money from their idle creative assets."

Shaishav Todi, co-founder and CEO of Cupick, being a big fan of getting things printed on various materials, tried to get in touch with artists. However, he encountered two problems: first, some didn't know how to get their artwork printed, and others didn't want to deal with the hassle.

"He realized there was no platform for artists to have their work put up, and that, as a consumer, he couldn’t find a place to buy artwork in a place where artists would directly result in being compensated for their work," said Alva.

"This isn't a new concept. In the Western market there are companies that are doing that, but shipping physical goods across borders is expensive, and the Indian market is price sensitive, so we thought that a homegrown solution was needed."

The company realized it had two sets of customers it was going to have to deal with: the artists, and the consumers. Knowing that it would be hard to tackle both at once, Cupick decided to go after the artists first.

"We tried to get as many artists as possible on Cupick, and we very quickly decided to contact international artists, in the U.S., Europe and in Asia, and they started uploading their work. We have 2,500 artists, and of them are from 30% outside of India," Alva said. "We want to focus on as many Indian artists as possible, but we are also trying to build a community, and we realized we would benefit from having mature artists from outside India."

The typically artist from India tends to be between 20 and 27 years old, while the international artists are more established, and tend to be between 24 and 35.

A big part of what attracts artists to the site is the control that Cupick gives them, not only regarding how they would like their work to be disseminated, but over the price as well. The artist gets almost total control over how much their work will sell for; Cupick has a base price for each item, be it a shirts, prints, poster, etc. The artist then mark up the price by whatever percentage they would like, and they get to keep the profits.

In the span of just seven months, there are already over 9,000 pieces of artwork on the site.

Now that Cupick has been able to attract artists onto the site, it will use the funding to go after the consumer side.

"Now that we have momentum on artist side, we can also focus on starting to acquire customers. All of our growth was organic, now we can start generating some revenue," said Alva. "We are looking to hire at the moment. We were always comfortable, but we were not happy with fact we couldn't scale, and the only thing holding us back was not being able to hire."

The team currently consists of its three founders, Alva, Todi and Rituraj Dowerah. It recently hired its first employee, to handle community engagement, and it plans on hiring another six or seven people over the next couple of months, so it will have around 12 people in total.

Ultimately, while many see Cupick as an e-commerce company, the company itself wants to be more than that. It wants to help build a community of artists, and give them a place to not only showcase their work, but to give them additional opportunities as well.

For example, it has begun to work with brands, including, Indian watch brand Titan. On Valentines Day it was looking for artists to illustrate some love stories, so Cupick was able to step in and supply them with artists from its community. Through that opportunity those artists were able to reach two million people through Titan's social media.

In another instance, it worked on a film called Bombay Velvet, and the site saw a spike in sign-ups when it ran the official poster design contest. Over the course of 12 days, it had 90 submissions, which were voted on 2,000 times.

"We are more than just e-commerce company. We want to build this company in a way that artists will have all these opportunities to work with brands. Our artists can do more than just sell work on Cupick," said Alva.

Cupick is a platform for visual artists to showcase, share and sell their work on various mediums such as t-shirts, posters, art prints, canvases and cards.

Artists can upload their work, choose products to sell on and set their own prices. Cupick handles the printing, shipping, payments and customer service allowing artists to focus on doing what they do best; creating.