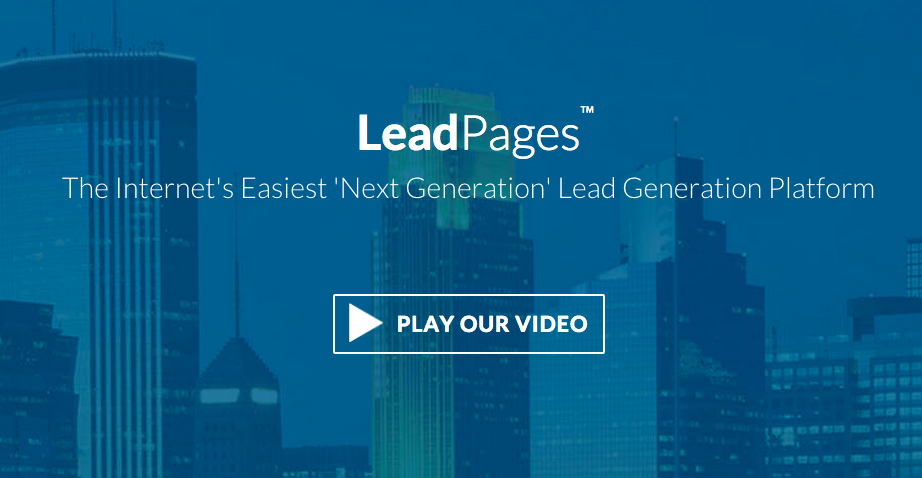 Not even three years old, LeadPages has quickly climbed the fundraising ranks, as it just announced its Series B financing of $27 million Series B round of financing, led by Drive Capital, with participation from Foundry Group and Arthur Ventures.

Foundry and Arthur Ventures invested the initial Series A round in September 2013, and a subsequent round, totalling $11 million, bringing the total amount raised to $38 million, in just 2-1/2 years.

So how does a company raise that much in such a short period of time? By growing to 35,000 customers paying around $40 a month for marketing tools that help them convert leads into customers.

LeadPages essentially provides digital marketing tools to enable small businesses (like lawyers, doctors), or bloggers and content creators, to drive more signups and/or increase conversion rates to programs. For instance, if you're a professional with a webinar or product you're trying to sell, you can use LeadPages to help drive more attendees to that webinar or to that product offering.

"Our customers generally have two to 15 employees and they fall into different categories," explained Clay Collins, CEO and co-founder of LeadPages. "There's local businesses where the value of a lead is high - real estate agents or cosmetic doctors. Then there's professional bloggesr or content owners - anyone building an audience. Thirdly, there are people who sell their knowledge, like experts and consultants."

LeadPages will help build landing pages for its customers and create campaigns to drive leads. In the past, this process could take two days of work. "We've taken [a process] that would take 30 to 40 hours and reduced it to five to 10 minutes," said Collins.

Collins, whose background is in marketing consulting, started writing a blog called the "Marketing Show," in which he analyzed landing pages he and his team created for their clients. In the comments, people would ask how to create landing pages with A/B testing and/or how to integrate leads into MailChimp or Hubspot. His expertise gained his readers' trust. And in 2012, he pre-sold the idea of creating an automated service to help people create their own fully-functional landing pages. He managed to pre-sell $40,000 worth of services in 2012, which was enough money to launch LeadPages in January 2013.