The company has figured out how to monetize, and is taking full advantage of its app, and userbase 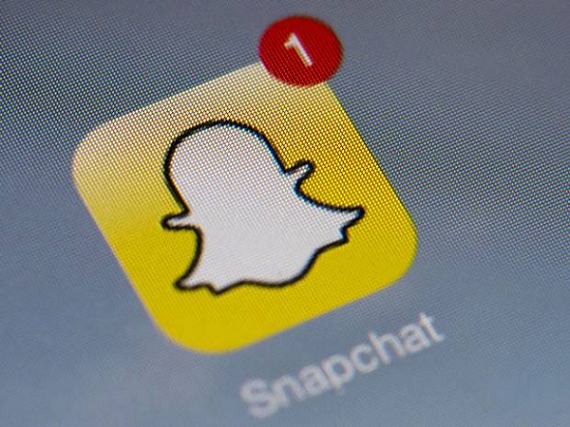 I'll admit that, for a long time, I was a Snapchat doubter. I got the appeal of the service, even if I am probably older than the average user, but I just couldn't see how the company would monetize. I was one of those who thought they should have taken the buyout from Facebook? How would advertisements even work on 10 seconds stories?

Well, I was wrong. The company started running ads in October and now it's become hugely successful. So successful, in fact, that the platform is drawing enormous ad rates, from $50,000 to $100,000 a day.

Almost every social network, even those much larger than Snapchat, rely on advertising. So why is Snapchat able to command such rates? As Adweek noted in its profile of Snapchat CEO Evan Spiegel, and his advertising pitch at the Cannes Lions International Festival of Creativity, this week, turns out Snapchat has some advantages over its competitors.

Part of what made so many people so skeptical of Snapchat's ability ro advertise was it's self-destruct model. How can you show an ad on a 10-second clip without being disruptive?

The company got around that by adding new features, ones that would still self-destruct, but which would take much, much longer to do so.

Well, to my surprise, Snapchat figured it out. The company started running ads in October in its Recent Updates section, where users are able to post Stories, which remain visable for 24 hours. Users would be able to choose whether or not they wanted to see those ads.

In January it launched the Discover feature, as a sway for editorial teams to put up their own Stories, which also, of course, include advertisements.

Discover is made up of 11 unique channels: one for each media partner, plus a Snapchat channel. Those channels include ESPN, Comedy Central, Cosmopolitan, Daily Mail, Food Network, National Geographic, People, Yahoo News, CNN, Vice and Warner Music. Each one will feature photos, videos and other long form content.

Some big summer movies, including Mad Max: Fury Road, Pitch Perfect 2 and Jurassic World have all been using the app for promotion, as have brands including McDonald's, Samsung and Macy's.

One thing that Snapchat is allowed to do, which others like Facebook and Twitter can't, is put up full- screen advertisements. The ads that those others show are stuck inside a feed.

In fact, Snapchat stresses this point in its presentation.

Another advantage, though it may not seem like one, is its anonymity. When Snapchat ads first arrived, the company made sure to not that they would not be targeted to specific users, as all of the other social media networks do.

While brands might not like that, this idea very much appeals to Snapchat's userbase, which is made up of young people and millenials. The company is currently getting about 35 million users ages 13-34 each day in the U.S. alone. Brands may be unhappy that they can't track these users, but they are still not going to give up the opportunity to get their message in front of such a key demographic.

"Some of the stuff that happens on the Internet—like when a product you didn't end up buying follows you around—that ends up feeling strange and maybe even winds up doing brand damage," Spielgel is quoted as saying. "We have a really big business here that also respects the privacy of people who use Snapchat."

The platform, more than others, also allows for more innovative types of advertising, and has allows brands to type experimenting with GIFs, using them as images that "act as entryways into stories," along with other animations, content and even long-form articles.

There is one big disadvantage that Snapchat is seeing, though: the company has made it clear that it will not put ads in individual snaps.

"We won’t put advertisements in your personal communication – things like Snaps or Chats. That would be totally rude. We want to see if we can deliver an experience that’s fun and informative, the way ads used to be, before they got creepy and targeted," the company said at the launch of its first ads. "It’s nice when all of the brilliant creative minds out there get our attention with terrific content."

That means that users have to go and find these other channels to see these ads, and Discovery is kind of far from the original screen. It's at least two swipes away and it out of view for most of the time users spend on the app.

But perhaps not for long?

"Discover is sort of hidden, and that was an effort to make sure we get the channels really great and the content working," Spiegel explains. "Now that we see that, 'Hey, this is engaging,' we'll explore bringing that front and center."

There are other potential ways that Snapchat could make money, of course.

In November, Snapchat teamed with Square for the launch of a payments feature called Snapcash. All a user has to do is swipe into Snapchat, and using the text feature, type in a dollar sign with the amount you want to send and hit the green button. The payment will then be sent directly to the recipient, who, again, puts in the debit card number to receive the money.

Snapchat is also looking at some new verticals.

Spiegel, Kooker wrote, "thinks every music service in the market is shit" and wanted to have a record label "so he could focus on the artists he wants to use the platform to promote."