Dick Costolo brought the company this far; Excited to see Jack take it to the next level 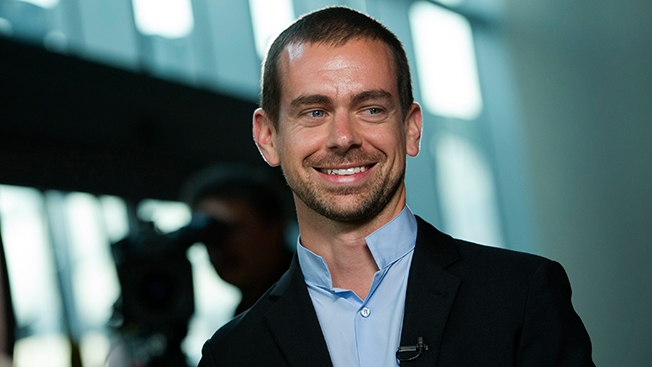 Dick Costolo, the embattled CEO who's been scrutinized for months, has finally stepped down from the helm of Twitter. The rationale: His leadership has led the share price sideways, due to the company's inability to attract more users and broaden its revenue.

Jack Dorsey, co-founder of Twitter who stepped down as CEO back in 2008, is now back as interim CEO.

One can't help but wonder how much impact Dorsey can have on Twitter, whose market cap has, outside of the volatility, pretty much stayed the same since the company went public in 2013. Dorsey, after all, is CEO of Square, an e-commerce payment company that's primed to go public soon as well. So it's not as if he has a ton of time (though we know successfully being CEO of two high-profile companies can be done, thanks to Elon Musk).

Few can come close to Musk. But if any of the newly-minted tech CEOs out there has an ability to inspire and get things done, I'd say it would be Jack.

I first got to know Jack when I interviewed him in 2008 for an hour. That along with reading a bunch of articles and watching videos about him or of him, the person that emerges is one of character, sincerity and commitment, not to mention a person with an astute sense of simplicity in consumer products. Moreover, he's now had ample opportunity to develop his CEO skills, which he lacked when he was forced to step down back in 2008.

There's been a lot of comparisons between Steve Jobs and Jack Dorsey and arguments about how he is simiilar [both product innovators, both fired as CEO and now re-hired as interim CEO - despite having other obligations - Jobs running Pixar, Dorsey running Square] or how he's a Steve Jobs' poser [he's worn the same glasses, says the same pithy statements, likes the Beatles].

Personally, Jack isn't Steve. He's Jack. And that's pretty good. Sure, he may have been influenced by Steve Jobs. Haven't we all?

But one can't help but think about how Jobs did go back to Apple in 1997, also as interim CEO, and the rest is history. He came back a different CEO, one not so recalcitrant. From what I've read, Dorsey has evolved in his management skills as well. One has to look no further than Square to see how he can build a team and the product.

If Jack is anything close to a Jobs, then the company is at an attractive growth position. If he continues to make smart decisions that he's been making at Square, then the future is promising. He did make great hiring decisions, after all, he brought in Keith Rabois, now at Khosla Ventures, to be Square's COO, and Keith is undoubtedly one of the best operators I know.

If news of Google's interest in Twitter is real, and Jack can come up with some new cool ideas, which I believe most people believe he can, Twitter is definitely pretty attractive right now.

[Full disclosure: I don't own any Twitter shares. I don't know of any transaction that can affect Twitter.]

Jack said to me many years ago that he's a big believer in constraints. "When you limit the canvas size you get more creative. A lot of creativity comes through hard times and constrained times. It makes you strive to be your best." He's got a lot of constraints at this point, not the least of which is his time, and an angry mob waiting to bring him down if he doesn't deliver. He doesn't have an unlimted canvas. He has unlimited time, which hopefully means, he will be driven him to strive for his best.

My optimism for Twitter is by no means a slight to Dick Costolo. I've known Dick since he sold his first company Feedburner to Google. His track record may not be stellar, but it's also one that someone can be proud of.

So Dick can look back and at least be proud the numbers were going up. Of course, it's not a matter of just going up, it's a matter of exponential growth. Twitter can be so much more. That outlook is summed up pretty well in an essay written by Chris Sacca, titled: "What Twitter can be." Sacca owns some 4% of Twitter and is an early investor.

Will that potential be realized over night? Nothing happens over night.

Keep in mind that when Jobs took over around August 1997, Apple shares were just over $3. They ended the year at about $2. So it will take time.

There's much more time to see what Twitter can be. And my bet is that it will be realized.