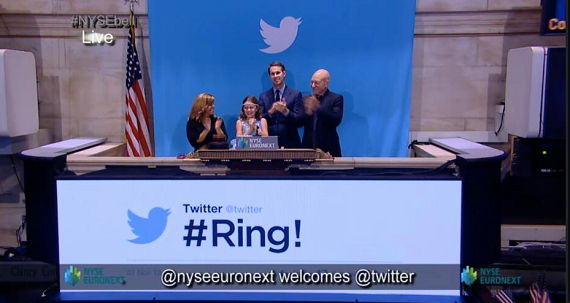 I don't think that Twitter could have asked for a better opening day, with the stock ending the day nearly 73% higher than it started.

The company raised $1.8 billion in its IPO by selling 70 million shares.

Twitter's IPO price was intitially set at $17 to $20 a share, but was raised to between $23 and $25 earlier this week. The $26 IPO price is above the expected range and puts the company's value at a potential $14.2 billion.

The good news for the San Francisco-based social network is it has seen its user rates shoot up in the past year, especially on mobile.

In the three months ending June 30th, Twitter averaged 218.3 million monthly active users (MAUs). That was a 44% increase from the 151.4 million average MAUs it was seeing in the same period a year before.

And a lot of that growth is on mobile. In that same period, 75% of those MAUs came from a mobile device, and over 65% of Twitter's ad revenue came from mobile as well.

Not everything is rosy for Twitter, however. The company is still operating at a net loss.

That means the company valued at nearly 45 times its revenue, which has led some to believe that the company is overvalued.

"Compare that to Facebook’s IPO value at 22 times sales, Apple’s 10 times sales, and Microsoft’s four times sales," Brian Hamilton, Chairman of Sageworks said. "Unlike Twitter, these companies were actually making money at the time of their IPO.  Remember these relative value comparisons the next time someone tries to talk about how 'conservative' this Twitter valuation is."

The company also recently announced that it is being sued by IBM, which cited three separate patents that it is accusing Twitter of violating: one having to do with efficient retrieval of uniform resource locators, another with the method for presenting advertising in an interactive service and the last dealing with programmatic discovery of common contacts.

Not everyone is so down on Twitter's prospects. Some, like BTIG analyst Richard Greenfield, see big growth potential.

"We realize that our expectations significantly exceed management’s due diligence guidance.  However, after taking into account the risks and opportunities for Twitter in the next few years, particularly the opportunity to develop a more engaged base of MAUs, we believe that our projections are actually conservative," he wrote.

It looks like most investors were on Greenfield's side of that argument.

When Twitter first announced that it had filed for an IPO, the company also revealed that it had done so confidentially, taking advantage of a new rule in last year's JOBS Act. That meant that there was no way to know any of its plans, its underwriters, its timeline or its pricing. In fact, nobody knows anything at all, which was basically the point.

The rule that Twitter took advantage of loosened regulations for "emerging growth companies," which only applies to companies with less than $1 billion in revenue.

According to that bill, companies are allowed to file for an IPO confidentially, meaning that they do not have to disclose anything about the company until 21 days before the start of its road show, where it will have to market itself to investors, if the company ever even decides to have one. 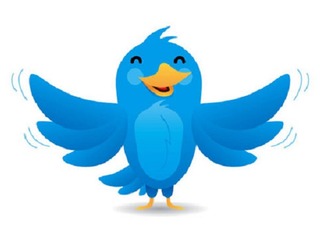 Out of this world: Twitter stock shoots up over 85%