Investment was led by Google Capital, and the company is now said to be valued at $470 million 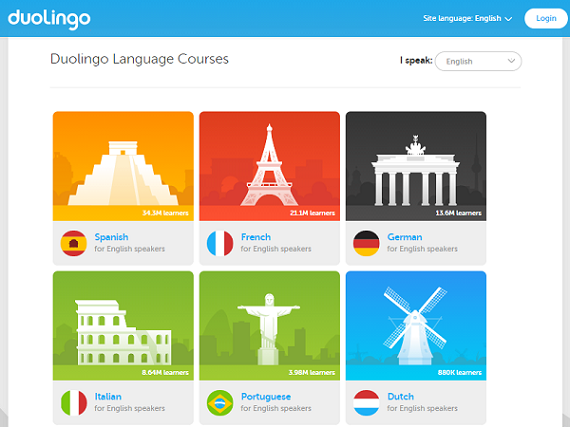 From the time I was a little kid, I was always good at writing. It came naturally to me, and, hey, now it's my job, so that worked out pretty well. Learning languages, on the other hand, was always a disaster for me. In my life I have learned to speak and read the following languages: Spanish, Hebrew, Italian and Ancient Greek (don't even ask about that last one). Take a guess about how many of those languages I can now speak and read. That's right: exactly none.

Sometimes I wonder if it wasn't me, but it was just the way I was taught and if I actually could learn a new language if I really wanted to. One language learning platform I have heard good things about it Duolingo, which announced on Wednesday that it has raised $45 million in funding in a round that was led by Google Capital, and which included participation from its previous investors.

The company had previously raised a $3.3 million Series A investment round led by Union Square Ventures in 2011, a $15 million Series B led by NEA in 2012 and a $20 million Series C led by Kleiner Perkins Caufield & Byers in 2014. Other investors include actor Ashton Kutcher and author Tim Ferriss.

This latest round brings its total funding to $83.3 million and reportedly values the company at $470 million.

Founded in 2011, Duolingo tried to make lanugage fun through gamification. It involves language learning through a variety of speaking, listening, translation, and multiple choice challenges. It grades the user on each challenge and motivates them to stay on track by recording how many days in a row they have spent learning a language.

Part of the game involves hearts, which players lose when they answer incorrectly. When they run out of hearts, users have to start over and try again.

The platform currently offers over 40 language courses, including Klingon and Esperanto, and it revealed in the press release that it now has over 100 million users. Duolingo recently launched the Duolingo for Schools platform, and has over 100,000 registered teacher accounts.

According to Duolingo, there are more people learning Irish on the platforn than the native Irish­speaking population. On top of tjat, just a few days since launch, there are more than three times as many Esperanto learners on Duolingo as there are members of the World Esperanto Association.

The new funding will "enable the Duolingo team to make the platform even more adaptive, personalized and effective, and to expand the platform’s presence in schools across the globe."

VatorNews has reached out to Duolingo for more information on this latest funding round. We will update if we learn more.