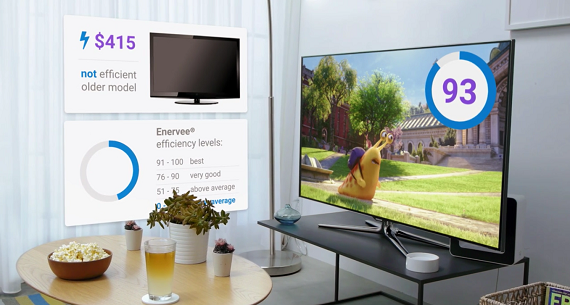 Only two weeks after energy-smart data and commerce platform Enervee raised its $3.7 million Series A round, the company is back once again, with more funding. This time it has a new investor who will help the company in its efforts to expand globally.

Germany-based E.ON, one of the world's largest investor-owned power and gas companies, has acquired a stake in the company, it was announced on Tuesday.

Though the details of the deal, including the amount invested and the percentage of Enervee that E.ON now owned, are not being disclosed, Matthias Kurwig, co-founder and CEO of Enervee, told me that "t brings the total amount raised in the Series A to over $5 million," meaning it is an investment of at least $1.3 million.

When the company raised its $3.7 million last month, Kurwig told me that part of the funding would go toward European expansion, and this latest investment will help with that effort.

Kurwig is originally from Düsseldorf, the German city where E.ON's global headquarters are located.

"We first met with their strategic co-investments team in San Francisco," he said. "E.ON's investment is the foundation of a partnership to bring the Enervee Marketplace for appliances & electronics to European markets. The focus is on enabling the utilities to provide a new service making them a trusted energy adviser to online shoppers."

E.ON is joining a round that was already include Obvious Ventures, along with angel investors in the US and Europe. Enervee had also previously raised a $1 million angel round of funding in 2014.

Founded in 2012, Enervee is an energy-smart data and commerce platform that will actually give consumers a way to compare products and determine how much energy each one will expend.

The company provides what it called the "Enervee Score," an energy rating score that analyzes hundreds of thousands of product offers for appliances and electronics  on a daily basis to give consumers the more accurate and up to date information regarding their purchases.

It takes the data from federal and state government regulators, and bases the number on their calculations. So, for example, if the government assumes that the average person uses their television for five hours a day, it will base the projected energy use off of that statistic.

In addition to its consumer website, Enervee also acts as a white label marketplace for the utilities as well, helping them raise participation rates by identifying and advertising to customers in their territory who are in the market for appliances or electronics. Enervee will deliver incentives to participants, and follow up to encourage new energy-efficient purchases. It also helps utilities scale their rebate programs.

The company is currently live with PG&E, Eversource, and United Illuminating. It will be launching with another large utility in California, with over one million households, on July 1st.

“By cooperating with Enervee, we will be able to give our customers even greater support in making choices that save energy. The Enervee Score makes it possible to recommend energy-efficient devices for specific needs,” Susana Quintana-Plaza, Senior Vice President for Technology and Innovation at E.ON, said in a statement.

Enervee® is the world’s first energy-smart data and commerce platform that connects utilities, retailers, manufacturers and governments through integrated product rankings and recommendations - distributed via online, in-store, mobile and social channels. The Enervee® Score provides a data driven and objective way of comparing a product’s eco-value including energy consumption, product popularity and price worthiness, based on industry standards, against all models available on the market. Through its extensive SaaS platform, Enervee provides the most up-to-date market information to help utilities empower their customers to make energy- smart buying decisions.

Prior to empowering energy-smart decisions with Enervee, Matthias was the global COO of Neo@Ogilvy, the digital media and marketing arm of WPP’s Ogilvy Group. He is founder of Planetactive which was acquired by Ogilvy in 2006. 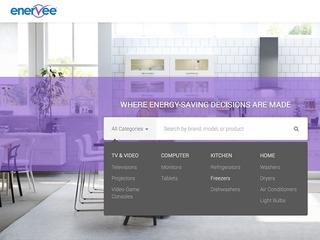 Enervee raises $3.7M to help you be energy efficient