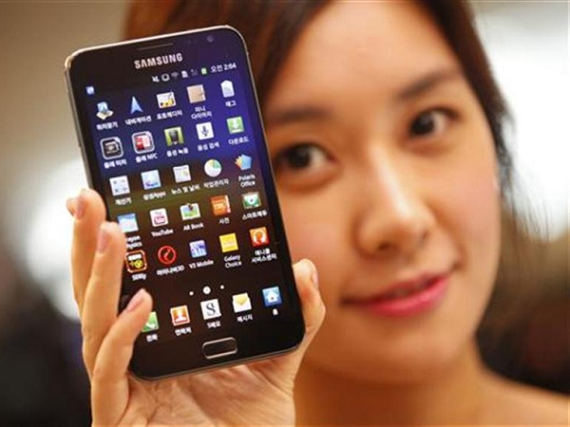 China is always talked about as some kind of emerging market, but what a new report is presupposing is, maybe it isn't. At least not when it comes to the smartphone market, anyway.

In the first quarter of 2015, the number of smartphones shipped in China decreased by 4% year-over-year, according to a new report out from IDC on Sunday. The number dropped to 98.8 million.

This is really significant because this has not happened in literally years.  This is the first time in six years that the China smartphone market declined year to year.

The market also contracted 8% quarter-to-quarter, but that was "on the back of a large inventory buildup at the end of last year."

So what's to blame? Simply, the market is maturing, and as more people in China get smartphones, obviously fewer of them are going to go out any buy a new one. Instead, more people are going to be holding on to their current devices, waiting to upgrade.

“China is oftentimes thought of as an emerging market but the reality is that the vast majority of phones sold in China today are smartphones, similar to other mature markets like the US, UK, Australia, and Japan," Kitty Fok, Managing Director at IDC China, said in a statement. "Just like these markets, convincing existing users as well as feature phone users to upgrade to new smartphones will now be the key to further growth in the China market.”

The two big losers this past quarter were Samsung and Lenovo. Samsung saw its market share drop from 19.9% to 9.7%, as its units shipped dropped 53%. Lenovo saw its units drop 22.1% from the same quarter the year prior.

The fact that Samsung and Lenovo went from the top vendors a year ago, only to see such a huge drop, is a strong indication of :the volatility of consumers' brand preference in China," IDC said. So, as well as Apple is doing now, things can change fast, even if "consumers still having a strong appetite for the larger screens on the iPhone 6 and iPhone 6 Plus. "

The effect of an oversaturdated China well obviously be felt in numerous ways, as vendors try to figure out how to make up for declining sales. One thing that will happen is that they will continue to look for other emerging markets.

"With the market in China slowing down, Chinese vendors will focus on increasing their presence in India as well as more Southeast Asia countries in 2015," said IDC.