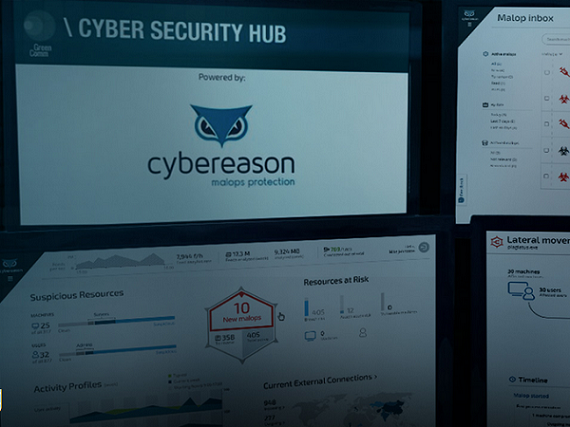 Cyber security has never been a hotter space. While that's generally a bad thing for all of us who want to keep our data secure and who are now in danger of having it exposed, it's a great thing for companies who have made keeping us safe their mission.

The latest company in the space to get funded is Cybereason, which a platform that proactively detects, and stops, security threats to emerge from stealth mode.

The company revealed on Wednesday that it has now raised a $25 million Series B funding round. The round was led by Spark Capital, with participation from existing investor CRV and strategic investor Lockheed Martin.

Cybereason had previously raised a $4.6 million from Charles River Ventures in February of last year. This latest round brings its total funding to $29.6 million.

Launched in 2014, the company specifically deals with it calls Malops, or malicious operations, which are perpetrated by sophisticated hackers carrying out cybercrimes within enterprises. Its platform delivers protection from Malops by automatically detecting the hacker’s actions and intentions through continuous monitoring of systems across the enterprise.

This empowers CISOs and security analysts to identify, and then eradicate, Malops in real time.

Through big data analytics and machine learning, Cybereason's Malop Hunting Engine analyzes up to eight million events per second to reveal the key elements of an attack, including its timeline, root cause, adversarial activity, malware involved, communication inside and outside of the environment and the affected endpoints and users.

This information is delivered to security analysts via the Cybereason Incident Response Console, which presents critical contextual data, streamlining the investigation process and enabling fast, intelligent and informed incident response.

In addition to participating in the funding round, Lockheed Martin, which is already a current Cybereason customer, will also be integrating the Cybereason Detection and Response Platform into its various cyber security offerings, deploying Cybereason's platform across more than 120,000 internal endpoints and servers.

"The Cybereason platform is an outstanding complement to the tradecraft and technologies Lockheed Martin uses every day to defend our network and our clients," Rich Mahler, Director of Commercial Cyber Services at Lockheed Martin, said in a statement. "Its real-time detection and attack tracing capabilities enable us to effectively leverage threat intelligence and provide our government and commercial customers with a calculated, strategic approach to cyber defense."

The company will be using the funding to build out its team, hiring in Research and Development and Sales and Marketing teams. Cybereason currently has 40 employees, and plans to double that number by the end of the year.

Headquartered in Cambridge, Massachusetts with offices in Tel Aviv, Cybereason currently has roughly 20 customers, 50% of which are  in the Fortune 100.

In addition to the funding, it was announced that Santo Politi, Founder and General Partner at Spark Capital, will be joining the board of directors at Cybereason.

Cybereason is the coming along at exactly the right time, as breaches and hackings have become more and more commonplace in recent years, and have become big news. Cybersecurity has become such a big deal since the Target and Sony breaches over the last few years that even President Obama recently started making declarations abiut further punishments for such attacks.

Since they started making headlines, especially with Target and Sony being breached, venture capital took notice as well, and started putting more money into these types of startups. In the last 5 years, $7.3 billion has been invested into 1208 private cybersecurity startups, according to CBInsights.

In 2014, funding for cybersecurity startups broke the $2 billion barrier for the first time while deals grew to a total of 269. 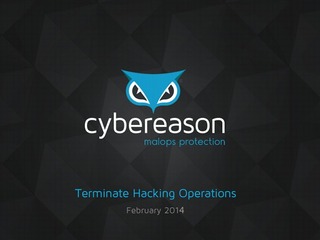