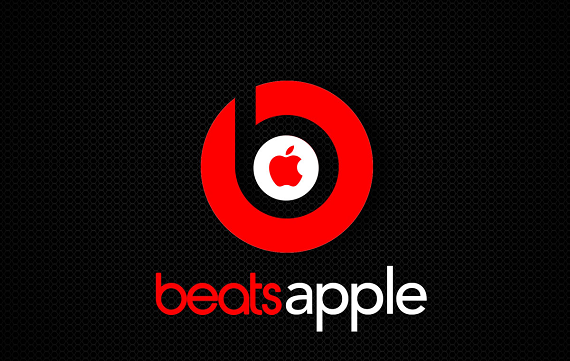 I guess you don't become the biggest company the world has ever seen by simply playing by the rules.

Apple, which just a few years ago was found guilty of fixing e-book prices, is now being accused of doing something similar when it comes to music.

Apple bought Beats last year for $3 billion to get into the music streaming business, one that, as I'm sure you know, is very crowded. There is a lot of competition, most notably from Spotify, and Apple was getting in late.

So the company apparently tried to use its position as the crown jewel of the music downloading world, with its iTunes store, to get musicians on its side. That is at least that the Federal Trade Commission is accusing the company of doing, anyway, according to a report out from Bloomberg on Tuesday.

Apple is being accused of approaching more than a dozen artists in the music industry including for limited exclusive rights to music and partnerships to help bolster Beats. One of those artists was Florence and the Machine.

According to a report from The Verge, the idea was to try to get the music labels to force streaming services that offered a free tier to abandon that idea. Spotify, which offers such a service, is a huge threat to Apple being able to compete; earlier this year Spotify revealed that it now has 60 million active users. The Department of Justice is currently investigating.

While Apple has dominated with iTunes downloads for years, it is suddenly finding itself on the wrong end of the spectrum. In 2013 streaming rose 32%, to 118 billion songs streamed, while digital track sales suffered their first year to year decline, dropping by 6%, according to Mary Meeker's 2014 Internet Trends report.Revenue from subscription streaming and ad-supported streaming each increased 39% in 2014.

Obviously if Apple wants to dominate music the way it has, it needed a way to give itself come leverage. So it used its position to try to make backroom deals to ice out the competition.

This kind of activity is remarkably similar to what Apple was found guilty of doing with e-books a few years ago.

After becoming unhappy with the $9.99 price point that Amazon had set across the board for all e-books, regardless of the amount of effort put into creating them, five of the major publishers, Hachette, HarperCollins, Macmillan, Penguin, and Simon & Schuster, colluded with Apple to put pressure on Amazon to raise the price.

Apple and heads of the five publishers regularly sat down to private dinners together, where they discussed plans to make Amazon change their prices. As a result, Apple’s iBookstore began to give publishers an alternative distribution to the Kindle store.

The company attempted to do the same thing here, recruiting the music studios to change the pricing structures of its competitors.

This isn't even the first legal headache that Apple has found itself in since buying Beats. Earlier this year Beats was sued by audio equipment maker Monster, who allege that co-founders Dr. Dre and Jimmy Iovine , and HTC America Holdings Inc, of committed fraud in the way that they acquired the rights to Beats By Dr. Dre headphones.

VatorNews has reached out to Apple for a statement or comment on this report. We will update this story if we learn more.