Investors in the edtech company include Founders Fund, Mark Zuckerberg and John Doerr 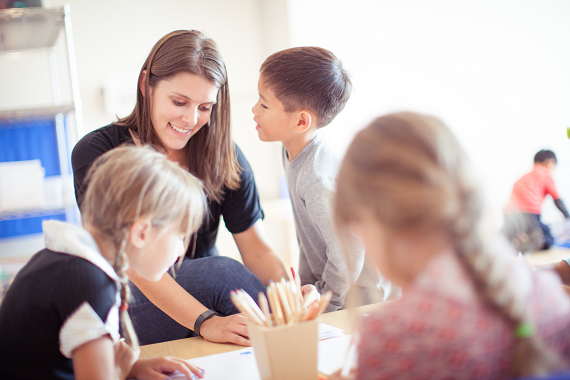 My mother has worked in the New York City school system for many years, so I have a pretty good understanding of what some of the fundamental problems are with education. Also, I was a student in that system myself, and I can tell you the weaknesses as well.

It has been my belief, since I was old enough to understand how flawed my public school education was, that this country needs a fundamental overhaul in how we teach our children. And not just because our numbers are so dismal compared to other countries

That is also the belief behind AltSchool, an edtech company that is looking to reimagine the education system for both students and teachers.

Founded in 2013, AltSchool's mission is to "enable all children to reach their full potential," Max Ventilla, company founder, told me in an interview. "The way to do that is to create a  model of educations where the most desirable schools are also the most accessible."

That simply is not the case right now, he said, with parents either paying high private school tuitions, or moving to more expensive districts, or hoping that their children can win the charter school lottery.

"On the flip side, there are those schools that are working incredibly hard, and doing spectacular work, to make the accessible schools better, but those are still not ones you'd choose if you weren't constrained by geography and cost."

AltSchool tries to correct this imbalance in three ways.

"First, you need to make a model of school that isn’t supply constrained," said Ventilla. "We don’t need large buildings, a high-cost principal, so there is not a lot of cost per student. All of those other things which the traditional model required, create an under-supply of good schools."

Secondly, he said, that more people that go to AltSchool the better it will be for everybody.

"This is the norm outside of education. If you've got a search engine, or a big blockbuster movie, it's better with more people. But we haven't enjoyed that the in education space."

And, third, the AltSchool model can evolve, Ventilla told me, in ways that traditional models cannot. He said that this is the hardest aspect of all.

"We allow our model to continue to evolve at an accelerating rate, and to scale in stages, in order to prepare for the future. If you are not structurally set up to change, you're going to be left behind."

The company is able to do this through its model, which includes mixed age classrooms, with a two to three year span between the oldest and youngest students. There are 20 to 30 kids in each class.

The school day typically goes from 9 in the morning, to 3 in the afternoon, with 60 to 120 minute drop off windows before the day, and three hour windows after, allowing parents to make their own pickup and drop off schedules. During those extended times, students work on extracurricular activities (my mother would have loved this whole idea, rather than having to race me and my sister to school every day).

"The compliment each other in these various academic domains. We think a lot about how we put together each class of 20-30 kids.  Their curiosity, grit, energy level, how their family is going to be involved and how they are going to be matched to the educator. The class composition is where the personalization begins."

Each student is given a what is called a "learning portrait," which Ventilla describes as a "living embodiment of the student."

"Understanding each student is a process that never ends. It takes months until we know enough to really start to personalize their education in an actionable way. We aim to have interest and learning style shape their experience," he said,

If a child is learning to read, for example, the best way to succeed is to get material that is "a little beyond their level of comfort, so they can push the frontier for, literally years. They need material they are interested in, and material that harder than what comes easily."

Tuition varies by geography based on real-estate and cost of living, but across the board it's about $20,000 on average, which is 20% less price than other private schools. 40% of our students are currently are on financial aid.

Ultimately, AltSchool's mission to to bring education into the 21st century,

"We are building an operating system to enable a 21st century education, where managing the classroom experience is best for the student, teacher and parent. To find the right way to research and develop we had to operate the school ourselves," Ventilla explained. "Within months of beginning two years ago we had a school up and running before we built anything, so we could understand what was most needed to enable educators to teach at scale."

In 2013, there were 20 students in one school. Since raising $33 million in Series A financing last year, AltSchool has expanded to four schools in the Bay Area, with additional locations in San Francisco, Palo Alto and Brooklyn opening this fall. Its staff has nearly quadrupled, from 30 to 115 employees, one-third of whom are educators. This year, there will be up to 500 students in eight schools, and the company says it will likely double year-to-year for the foreseeable future.

The round also included a new debt facility to fund school expansion.

Eventually AltSchool will start offering its model to schools nationwide, so that each child can access a high-quality education even in free, public schools, but Ventilla told me he does not expect this to catch on for a few years, perhaps in 2017 or 2018 at the earliest.

"The thing that’s really different about AltSchool is the scope of our ambition. We are trying to create a new model, which is something we haven’t had in half a century," he said, "Using technology in the service of real world learning is unique in the education space."

Being able to do all of that in house, funded by venture capitalists, as well as "long term mission driven philanthropists," like Mark Zuckerberg, shows that AltSchool can have a transformation impact over the long term.

"This is National Teachers Week , and without allowing teachers to operate the way that a 21st century knowledge worker is able to operate, through a  collaborative, data driven, innovative model, we can't scale and have an impact beyond that one group of students." 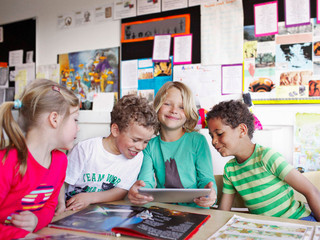 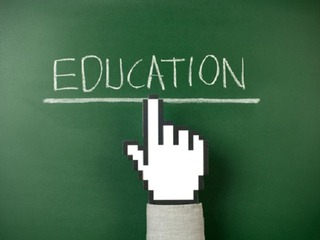