Glu saw a strong Q1, easily surpassing revenue expectations, on the strength of its Kardashian game 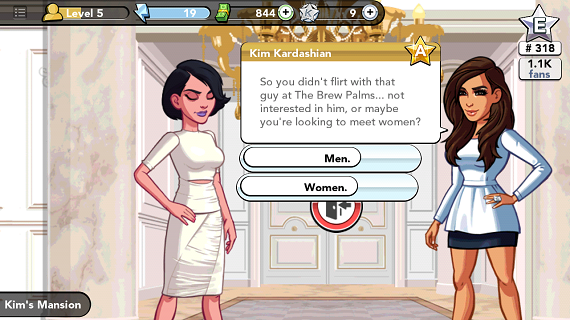 Oh, Kardashians, is there anything you can't do? Well, yes, actually, many things. Like sing, dance, act or do anything that involves actual talent. But there is one thing you are very good at: making lots of people lots and lots of money. And we love you for it.

Glu, the studio that scored a huge hit last year with the mobile game Kim Kardashian: Hollywood, announced on Wednesday that it has agreed to sell 21 million shares of its common stock to Tencent Holdings Limited.

The is going to be completed in two part. Tencent is first purchasing 12.5 million shares, and committing to purchase the remaining 8.5 million shares upon the expiration or termination of a waiting period. The deal is expected to be done in the second quarter of this year, at which point Tencent will own 14.6% of the company once the deal is done.

In addition to the funding, it was revealed that  Steven Ma, SVP and Head of Tencent’s Interactive Entertainment Group, is joining the Board of Directors at Glu.

“I am proud to announce that we have entered into a strategic relationship with arguably Asia’s largest internet company and the world’s largest games company –Tencent," Niccolo de Masi, Chairman & CEO of Glu, said in a statement.

"I consider their expertise in gaming to be unrivalled and we are excited to power ahead with the support of a fantastic partner that believes in our strategy and shares our vision."

The purchase was announced the same day that Glu reported its first quarter earnings. The company non-GAAP revenue of $62.4 million, up 33% year-over-year, and $2.1 million in profit, or 2 cents per share. Wall Street analysts had been expecting a loss of a penny a share on sales of $51.6 million.

The company also raised its revenue outlook for the full year to between $262 million and $287 million. It has previously forecasted it to between $245 million to $275 million.

And what was behind that success? You guessed it: the Kardashians. That game was expected to rake in $200 million last year.

Glu has to be hoping to repeat that success with its third bit of news on Wednesday, that it has signed Britney Spears to a five-year contract in order to use her voice, and likeness, in a mobile game. With Spears, Kardashian, Kendall and Kylie Jenner and Katy Perry, Glu’s celebrity gaming platform is now supported by more than 400 million total social followers.