Joya is the developer of Cleo and FlipLip, which were featured on the Facebook Messenger platform 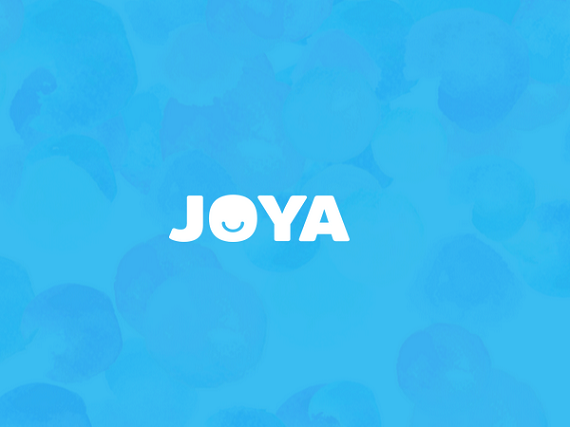 There are a lot of apps out there now that are meant to help people communicate better than ever before. Somehow, though, texting and even video chatting doesn't always do the trick.

Joya Communications, a mobile video communications company that is responsible for apps that include FlipLip and Cleo, wants to do what so many other apps cannot: actually help people feel closer together.

Now the company has announced that, after operating in stealth for more than a year, it is publicly launching. it also revealed that is has raised $5 million in Series A financing to do just that. The round was led by Battery Ventures and Altos Ventures.

The decision to exit beta came after FlipLip and Cleo were featured among the 40 initials apps to be launched on the Facebook Messenger platform last week.

Founded in 2012, Joya was founded by the husband and wife team of Michal and Vlada Bortnik after their daughters were born.

"We were struggling to find way to keep our family integrated, and texting was not enough," Vlada told me. "We needed a richer way to stay in touch and to help people feel closer to one another."

So the company launched its first app, Joya Video, which allows users to set up a list of family members, and upload a video to them with a single click.

"The app was targeted for those special moments that you want the entire family to be part of it," said Michal. "That was when video was more challenging than it is now. It was hard to send across platforms and if the video was too long you'd have to crop it, which is a hard thing to do when its your kid."

Joya Video was named as one of TIME Magazine’s Top 50 Apps for 2013, but the company wanted to expand beyond only focusing on families.

"We saw how much opportunity there is in getting people closer. We always had more ideas, and we saw opportunities beyond just beyond the mom, parents, and grandparents use case," Michal explained. "We started digging really deeply into core video technology and imagining what video would look like in a world where people were closer."

The company then launched its second two apps. FlipLip is a voice-changing app, which allows users to assume different cut out, which have a voice to go along with them.

"We wanted to put laughter into messaging and communications. What you are doing makes it personal. This is not stickers or emoji," said Vlada.

Cleo is a video-filtering app, allowing users to be more creative when creating a video.

"It's all about making you look awesome. When people video chat they always conscious about how they look. The goal is clear: to make you forget that," said Vlada. "When you open it, there are tons of different filters. Like the America filter, which looks like the 2008 Obama posters. And the movie start filter, to make you look glamorous."

While the company does not reveal how many users each app has, at time point, it would say that they are growing fast, and giving Cleo and FlipLip exposure to Facebook Messenger's 600 million user base has helped a lot.

The company will use the new funding to grow out its team, and "bring innovations to market in the next year, which will be along the same line of making it easy for people to feel close and a meaningful part of each others lives," said Michal.

Ultimately, bringing people together is the entire mission behind Joya.

"Looking at that big gap, how many choices we have in how to communicate and how people actually feel about each other. Our goal is to bridge that gap between what we have today and what world would feel like if we felt close to people all the time," Michal told me.

"This is a very personal mission for us. We have experienced these problems ourselves. Most of my family is abroad and we believe that technology is at the point where that gap no longer exists."

“Michal and Vlada are extremely talented, and their company and latest apps truly encompass their vision for a more rich and fun way to communicate with people, whether they are next door or across the world,” Roger Lee, general partner at Battery Ventures, said in a statement. “We look forward to seeing how people adopt and use their apps in daily life.”

Founded by husband-and-wife team Michal and Vlada Bortnik in 2012, Joya is focused on helping people remain connected in convenient, meaningful and fun ways. The company’s first app, Joya Video, was one of TIME Magazine’s Top 50 Apps for 2013. The two latest apps, Cleo and FlipLip, were selected to be a part of Facebook’s new Messenger launch in March 2015.