Uber is killing the taxi industry in corporate America 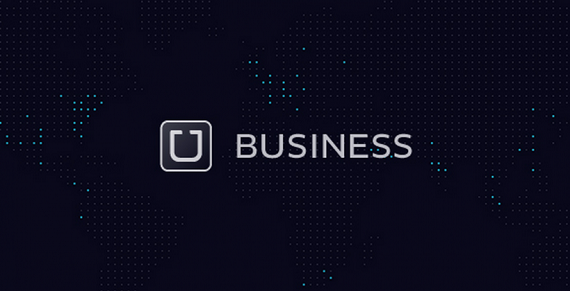 We've all seen venture capital go absolutely gaga over Uber in the past year, giving the company literally billions of dollars in funding, and valuing it at $40 billion.

The thing is, though, thats it's hard to tell if Uber is actually worth that much simply because it does not release any figures that would allow any of us to really evaluate it. We have to trust that VCs have seen the numbers, and that they are pretty impressed.

Certify, which offers online travel and expense management solutions for companies, can actually give some numbers, though. It supports millions of users in 80-plus countries who are processing more than 7 million receipts and expenses per quarter on average.

And the company can show a company that is making great strides in a very short amount of time, at least among corporate Americans.

The company released its SpendSmart Report for the first quarter of 2015 on Tuesday, which shows how business travelers are spending the corporate dime while on the road. It showed that, in the last year, Uber has become a much more popular form of transporation for this sector.

In March of 2014, Uber was hovering between 10% and 15% of the total number of rides taken by business professionals on the road. That number in March of 2015: nearly half, at 47%. That means that Uber has nearly quadrupled its share of that market in just one year. 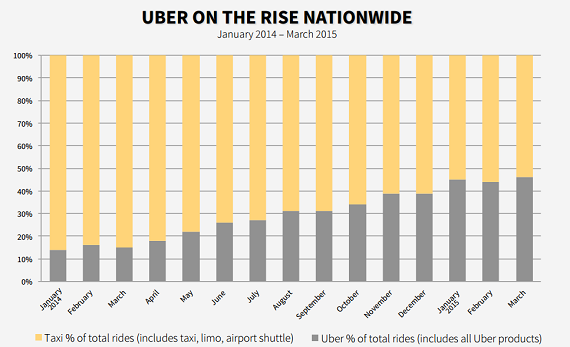 The company has, so far, not been able to take a bite out of the rental car industry, though its percentage did dip slightly as well. 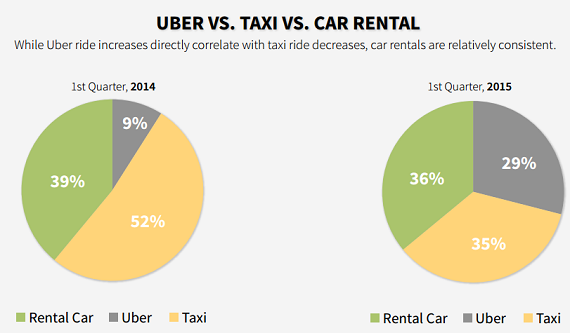 Certify was also able to give numbers on specific cities, and how Uber has risen versus the taxi industry in the last year.

In San Francisco, which is Uber's base of operations, as well its oldest market, Uber did not see that much of a rise because it already had a majority of rides. It grew from 58% to 71%. Uber was able to take a majority share in Dallas, where it has 56% share, up from just 27% a year ago, and has 49% of the rides in both Los Angeles and Washington D.C, where it has 23% and 20%, respectively, in the first quarter of 2014.

Uber probably saw its biggest gain in Atlanta, where it went from having 8% of all rides procured by business people to 41%.

In the past year, Uber has raised a ridiculous amount of funding.

First came a $1.2 billion round raised in June of last year, followed by a $1.2 billion Series E round it closed in December, which was followed another $1.6 billion in a convertible debt round from Goldman Sachs in January of this year. In February, Uber added another $1 billion to all of that.

If anyone is counting, that adds up to $5 billion in funding.

With this data, we can see that the company really is making huge strides, and is becoming a big distruptor for the taxi industry (no wonder it's always trying to shut it down!).

"People might think of business travelers as road warriors who are only focused on cost and convenience, but this is a group that wants to participate in innovation. In other words, adopting new technology can make work more fun," Certify CEO Bob Neveu told VatorNews.

"Ride sharing of course brings more choice and hence more power to the customer, allowing them to shop competitively and also perhaps travel by paid rides even more.”