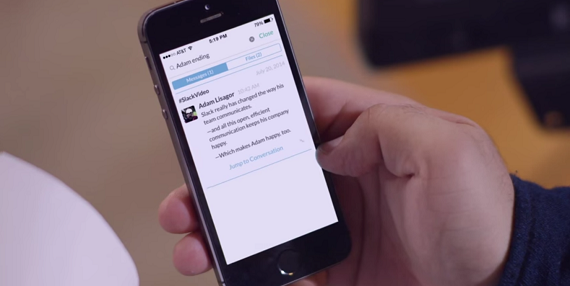 Six months ago I had never heard of workplace collaboration tool Slack. Frankly, I doubt many people had. Then it raised a big funding round and became what people like a call a "unicorn," a.k.a. a company valued at at least $1 billion. And, all of the sudden, Slack was everywhere.

Slack's sudden elite status came as a surprise to me. Even more surprising: that its valuation is about to double yet again, just five months later, as the company has already raised another $135 million out of a possible $160 million round, according to a report from the Wall Street Journal on Thursday.

Slack raised a $120 million round in October of last year, valuing it at $1.12 billion. This latest round, once it is complete, will have it sitting at $2.76 billion. Honestly, does anyone really still think there isn't a private bubble happening right now?

Investors in this round so far include Institutional Venture Partners, Index Ventures, DST Global and Horizons Ventures, which has already contributed $50 million of the funding.

Slack is a spinoff of Tiny Speck, is a company that was started by Stewart Butterfield, who previously started Flickr. Its first product was a Flash-based multiplayer online game called Glitch. After Glitch was shut down, Tiny Speck launched Slack in August 2013. Most impressive about all the activity: the Slack product only went live in February last year.

The workplace collaboration space is actually starting to feel a little crowded, with even Facebook getting in on the action with the launch of Facebook at Work in January.

To its credit Slack is already generating revenue. It has 500,000 daily active users, and over 135,000 of those are paying, according to the Journal.

Slack seems to have come along at just the right time, when valuations are jumping sky high. In 2014 alone, 38 different companies entered the $1 billion club, according to a report from CB Insights. That is more than the three previous years, when only 22 companies made it combined.

VatorNews has reached out to Slack for confirmation of the new funding, but a company spokesperson declined to comment.