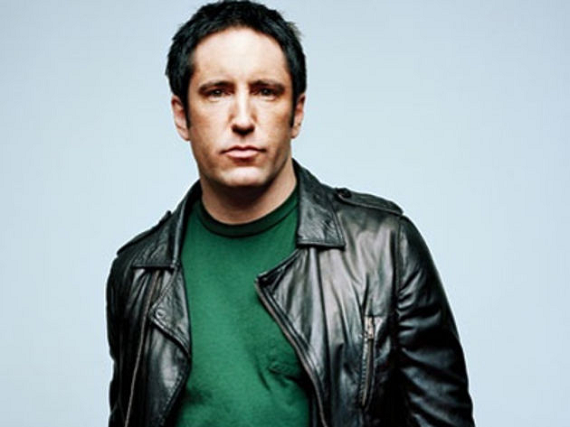 After reading the biography of Steve Jobs that came out a few years ago, there were a few things that stuck with me. First, of course, that he was kind of a jerk. Ok, he was a major jerk. But also that his jerkiness came from a passion for product, and more specifically, for design. He really cared what products looked like, beyond the point that anyone else would care.

The reason I bring that up is because now that Jobs is long gone (can you believe he's been dead nearly for three and half years already?) that part of his legacy seems to have stuck with the company.

With Apple getting ready to debut its music streaming app soon, design will be one way to differentiate it from the pack. Of course, Apple doesn't hire just anyone to do jobs like this. Instead of some random Apple employee, the person who will be leading the designing of the new app is none other than Oscar-winning composer, and Nine Inch Nails front man, Trent Reznor. Pretty cool, eh?

Reznor will be "playing a major role in redesigning the music app," according to a report out from the New York Times on Wednesday. There were no details beyond revealed about what exactly Reznor will be doing, or what his plans are for the service to look like, however.

This hire didn't just come out of nowhere: Reznor was the chief creative officer for Beats, which Apple bought for $3 billion, in a deal that was completed in August of last year. The new music streaming service is said to be a repackaging of the Beats music service, which will lose its name and be rebranded as iTunes. So, given Reznor's pretty intimate knowledge of how it works, he seems like a pretty good fit.

Reznor was actually approached by Apple about potentially designing the service all the way back in October.

"Beats was bought by Apple, and they expressed direct interest in me designing some products with them," Reznor told Billboard in an interview at the time.

"I can't go into details, but I feel like I'm in a unique position where I could be of benefit to them. This is very creative work that's not directly making music, but it's around music. It's exciting to me, and I think it could have a big enough impact that it's worth the effort. I'm fully in it right now, and it's challenging, and it's unfamiliar and it's kind of everything I asked for -- and the bad thing is it's everything I asked for."

There is little else known about Apple's plan for its music streaming service at the moment. Reports have said that it is planning to bundle the service into iOS at some point this year, which would make it automatically available to hundreds of millions of users. It would be included in a software update, and it was said to potentially be coming as early as this month.

Apple's subscription music service will actually be its second foray into streaming; last year the company launched the Pandora-like iTunes Radio, or "iRadio."

The company has good reason to be so interested in music streaming. For years, Apple and the iTunes store have been the gold standard for buying music, but the tide has begun to turn in recent years.

Last year alone, streaming rose 32%, while digital track sales suffered their first year to year decline. And iTunes sales were said to down a total of 13% year to year in 2014. There have also been reports that musicians in Europe are now making somewhere around 13% more in royalties from Spotify than they are from iTunes.

The music space is changing, and Apple is trying to keep up. Hiring an actual musician to design a music streaming app may just help it compete.

VatorNews has reached out to Apple for comment and confirmation of this report. We will update this story if we learn more.