Twitter users can mark their specific location in-tweet, including businesses and landmarks 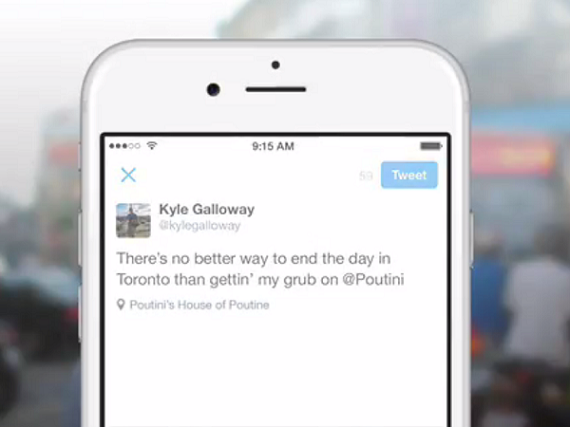 One of my favorite Facebook features introduced over the last fewyears has been the ability to check-in at places I have visited. I like showing off all the place I have been to, and getting ideas of places to go from friends. For example, I have a friend who lives in Houston and I found a really cool place to try when I visited there last summer. It's actually a really useful feature to me.

Twitter, on the other hand, does not have the same hyper-local type of tagging. Sure, you can say what city you are in, but nothing more specific than that. I'm not sure why that is, but the company has kind of been behind the ball on this.

Now, though, the company is getting in on the action as well, through a partnership with Foursquare, which will allow users to Tweet with their exact location, including restaurants, landmarks and shops. The announcement was revealed via a Tweet on Monday. It even comes with a short video showing how it will work.

Coming soon! We're working with @foursquare so you can tag specific locations in Tweets: https://t.co/MwlLz5Pfvq pic.twitter.com/jATzXvbuV6

Twitter gave more information about the partnership on it support website, in which it says that locations can be added your Tweets using Twitter on any platform, including Android, iOS, twitter.com and other mobile applications.

Tweeting with location is disabled by default so it has to be turned on manually (good on Twitter for doing that, because imagine the Twitter outrage if people had started tweeting their location without their consent?).

To turn it off, users just do the same thing, but hit disable instead.

While this will obviously be a cool feature for users who like to show off all the places they visit, it will no doubt have any added benefit for Twitter, which counts on geolocation for ad targeting. Now it will know exactly where you are, and be able to show even more specific and targeted ads based on where the user has checked in.

This is also a good thing for the future of Foursquare, a company that has not been having a great last few years, having split into two entirely different apps in 2014: the new Foursquare, launched late last year, which focuses on exploration and discovery, while its new app Swarm, is focused on social interactions, such as finding friends nearby.

The split was controversial, and by most accounts hurt Foursquare, but by selling its data to Twitter it proves that it still has a lot to offer, and has a significant way to make money, even if its user numbers are down.

This new feature will only be available in "select locations" for the time being.