VaporChat raises $1.5M to overhaul how we text 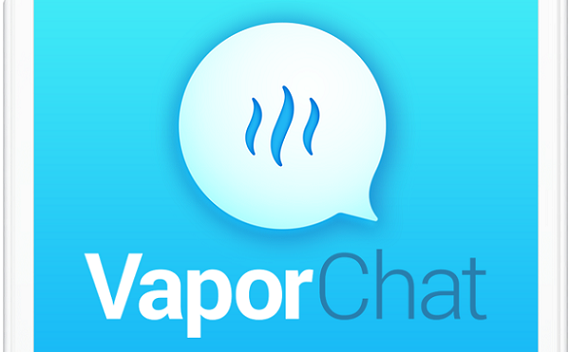 One of my favorite sites to visit is Damn You Auto Correct, in which people post hilarious texts that were sent by accident after auto correct tried to "fix" them. It's incredibly funny sometimes, but, when you think about it for a second, it does raise a serious question: why do we have so little control over what we send? The second we push that button, it's totally out of our hands.

It doesn't have to be that way though, and changing that is the idea behind VaporChat, a new mobile messaging app that launched earlier this week, with $1.5 million in seed round funding.

The round was led by a consortium of strategic angel investors, including Ed Wise, SVP, Managing Director of Branded Content at Turner Broadcasting. The company had previously raised roughly $500,000 from Social Starts and Symmetry Peak, bringing its total funding to around $2 million.

Founded in 2013, the platform gives users control over the content they share, to ensure that important information is never at risk of misuse or unauthorized access.

"The way that most people text, we know there are many pain points, specifically the moment someone sends a message they lose control over that message," Ken Fried, founder and CEO of VaporChat, told me in an interview. "The control shifts from sender to recipient, and the recipient can do whatever they want with that message. They can record, copy and paste it, take a pic from camera roll and post it on Facebook."

The other problems, he said, include having the message "stored on a server somewhere," and accidentally sending a message and not having the ability to take it back.

"We built a very robust chatting platform that people can use for everyday chatting, but also give users optionality and flexability to be in control the from second they send a message to anytime after," said Fried.

With VaporChat, users can Vapor a message, or even an entire chat, at any time, even months after it was sent.

A user can switch to Vapor Mode to add a self-destructing timer to a text or photo before its sent. The app also comes with the option to not allow certain messages to be copied, pasted or saved, as well as notification alerts when a screenshot is taken on a message.

Most importantly, though, the app does not store the messages on a server, deleting it the moment it is sent. That is what Snapchat said, also, of course, and that turned out to not be entirely accurate.

Speaking of Snapchat, I asked Fried about the obvious comparisons between the two apps, since both involve potentially deleting messages that users don't want other people to see. He said that there were two key ways that VaporChat and Snapchat differed.

First, he said, Snapchat is more picture focused rather than text focused, giving users  "a completely different user experience." And, second, he is aiming for an older demographic than that on Snapchat.

"A lot of people over 25 haven't been on Snapchat, and I see their demographic as 25 and under. That means there's a huge unmet need for offering flexibility to other demographics," said Fried.

Having just launched earlier this week, VaporChat is still in its early stages, but the next three to six months seem like they will be very exciting. Not only does Fried have a slew of features he is waiting to release (he was not able to share any of them with me), the company is also going to start implementing a revenue stream in that time as well.

In the meantime, VaporChat will use the new funding to build out its develop team, adding five new employees to its currently team of nine. It will also start marketing, running ads on Facebook.

"Our message is that we really want to bridge the world between traditional and secret apps. We are not just another secret messaging app. We want to be the default chatting app,so people can chat like they normally do, but now have control over every aspect, from the moment they send it until any time after," said Fried.

VaporChat is headquartered in New York and is available free on iOS.

VaporChat is the next-gen messaging platform which gives users control over the content they share, to ensure that important information is never at risk of misuse or unauthorized access. Built with the vision to completely transform the way people chat while serving as an everyday messaging medium, VaporChat is designed to be flexible to each person’s liking, so that sensitive information remains under their authority even after it is sent. VaporChat is headquartered in New York and is available free on iOS.