The company will use the new funding to expand its US presence, and to build out Lyft Line 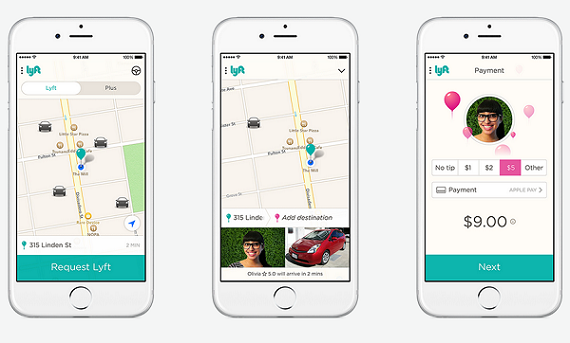 Uber may have been the company making all of the headlines in recent months, raising insane amount of money, but let's not forget about it's biggest rival, which is striking back with a big round of its own.

Lyft has raised a $530 million funding round, the company revealed on Wednesday. The round was  led by Rakuten.

This is Lyft's first funding round in almost a year; it last raised $250 million in April 2014.  It had previously raised $333 million from investors that included Floodgate, K9 Ventures, The Mayfield Fund and Andreessen Horowitz. This latest round brings its total funding up to $583.

TechCrunch, which originally reported this round, has pegged the company's valuation at $2.5 billion. VatorNews reached out to Lyft for confirmation of this number, but a company spokesperson would not comment.

"What some forget is that just two and a half years ago, Lyft was an experiment. An experiment that challenged the transportation status quo and tapped into the core of humanity," Lyft wrote in a blog post. "Would people share rides with people they didn’t know in their personal vehicles? Would governments be open to rapid transportation innovation? Would a company based on the principles of a community-led movement scale to millions of people?"

"Thanks to our incredible community, you’ve answered these questions, made history and turned the experiment into a true movement."

Lyft outlined three key areas in which it will invest with this latest funding: first, that it will go deeper into the United States, where it currently operates in 65 markets.

"Similar to the early days of building out wireless networks, we will lay the groundwork for critical American infrastructure as we transform the $2.25 trillion US personal transportation market," it wrote. "Making the right investments will allow us to deliver timely, reliable experiences to millions of drivers and passengers."

Lyft currently does not have an international presence, but it getting funding from Japanese e-commerce company Rakuten does raise the spectre of that possibility.

Second, Lyft will be building out its technology, and hiring more developers, to create " technology that reduces traffic, takes cars off the road, builds community and improves the economy. Our roadmap is exciting, and we look forward to sharing more of it with you in the coming months."

And, finally, it will use the funding to expand Lyft Line, its shared rides feature. The company says it has spend the last six months investing in the feature, with the acquisitions of Rover and Hitch.

"The new capital will allow us to continue to improve this experience and bring Lyft Line to more cities," it said.

This funding will also, no doubt, help it go up against Uber, which has raised a ridiculous amount of funding in the last year.

First came a $1.2 billion round raised in June of last year, followed by a $1.2 billion Series E round it closed in December, which was followed another $1.6 billion in a convertible debt round from Goldman Sachs in January of this year. In February, Uber added another $1 billion to all of that.

If anyone is counting, that adds up to $5 billion in funding. The company is now valued at $40 billion.

In addition, Uber has a much bigger presence than Lyft does. As I noted before, Lyft is in 65 markets, all in the United States. Uber, on the other hand, is now available in 54 countries.

So Lyft has a steep hill to climb. And another $530 million will go a long way toward helping make up some ground.