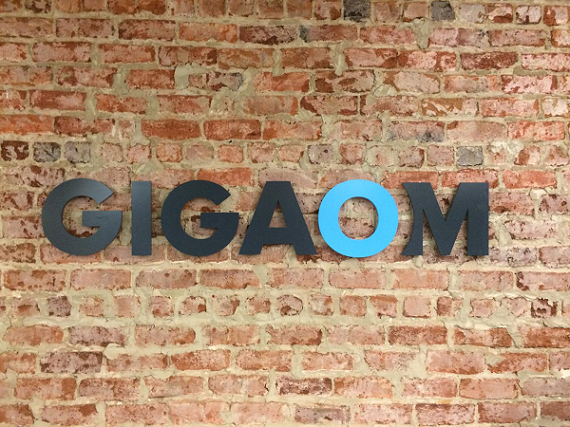 Let's pour one out, as one of our own has fallen.

Tech news website, Gigaom has shut down, it was revealed in an update to the company's About Gigaom section on its website. The issue seems to have been that the site simply ran out of money, causing it to go into debt. It was taken over by creditors on Monday.

"Gigaom recently became unable to pay its creditors in full at this time. As a result, the company is working with its creditors that have rights to all of the company’s assets as their collateral. All operations have ceased," the company's management team wrote.

"We do not know at this time what the lenders intend to do with the assets or if there will be any future operations using those assets. The company does not currently intend to file bankruptcy. We would like to take a moment and thank our readers and our community for supporting us all along."

The news seems to have come down quite suddenly, judging by tweets sent out by Gigaom writers at around 5 P.M. Eastern Time.

This hurts more than I can say: I was just told Gigaom is shutting down -- it has run out of money. We tried our best, but it wasn't enough.

As of 5 pm today we are owned by trustees (SVB). They are in charge of our payments and our events.

Gigaom is shutting down. The site. And the company. But @om built something amazing and it changed my life. I love him and my colleagues.

Gigaom is shutting down, and today was our last day publishing. A surprise to us all.

It happened so suddenly, in fact, that stories published just today still remain on the homepage. There are no goodbye posts, beyond the one put up by the management. It's like looking at the ruins of Pompeii; these are people who had no idea what was coming.

"Gigaom is winding down and its assets are now controlled by the company’s lenders. It is not how you want the story of a company you founded to end," Om Malik, the founder of Gigaom, wrote in a blog post.

"Every founder starts on a path — hopeful and optimistic, full of desire to build something that helps change the world for the better, reshape an industry and hopefully become independent, both metaphorically and financially. Business, much like life, is not a movie and not everyone gets to have a story book ending."

Though Malik had left Gigaom roughly a year ago, in order to become a partner at True Ventures, he still seems to carry a lot of affection for the company he started back in 2006.

"Gigaom, the  idea still lives in my heart," he wrote. "Goodnight sweetheart, I still love you!"

There will be more information coming out later about what exactly happened, I'm sure, as well as some "postmortems," as Malik put it. In the end, though, all that can be said is that Gigaom was a pioneer in our industry. I admit to, more than once, looking to the site for inspiration and to see the angles they had come with for stories. The site will truly be missed.