One Medical founder and CEO Tom Lee will be a keynote speaker at Vator Splash Health on Feb. 12 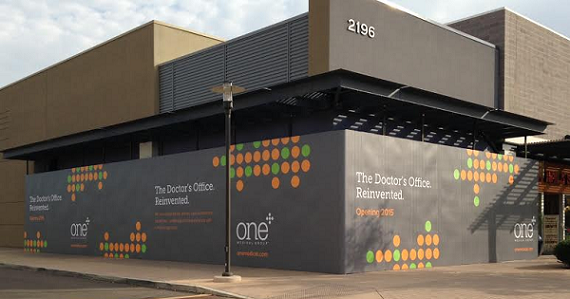 Last year I suddenly found something weird growing in my neck. I gave it a couple of days to go away, but it stayed there, so I made an appointment with a local doctor. I couldn't even get in to see him for a week, and by the time I got there the thing was gone. The entire process was basically useless to me. And that, unfortunately, is not an uncommon problem. Seeing a doctor for potentially small, but also possibly urgent, issues is very difficult. And it is expensive.

One Medical Group, which is taking a whole new approach to the primary care system, by making it work for both patients and physicians. And now the company will be opening three new locations in the greater Phoenix area over the next two months, it was announced on Tuesday. The new offices will be located in Phoenix, Gilbert, and Scottsdale.

With these new locations, One Medical now has a total of 34 locations in seven markets around the United States; it has also opened clinics in the San Francisco/Bay Area, New York, Washington D.C., Boston, Chicago and Los Angeles.

Tom Lee, Founder and CEO of One Medical Group, who is also a primary care physician, started the company seven years ago because of the flaws he saw in the system.

EDITOR'S NOTE: On February 12th, Vator will be holding its first ever Splash Health event in Oakland, where speakers such as Dr. Katrina Firlik, and Ryan Howard, Founder & CEO of Practice Fusion, will be talking about the state of the healthtech space, and where they think it is going. Lee will be a keynote speaker at the event (Get your tickets here).

"The system wasn’t working for anyone. The cost was exorbitant and there was a broken delivery model. As a physician, it wasn’t clear why. Why were there such mixed and mediocre outputs, with such high costs?" Lee said in an interview with VatorNews.

"To find out, we started a mobile software company that redesigned one medical office. Now One Medical is what is what you'd expect from a modern healthcare practice. It allows high quality physicians to interact via web and mobile."

For less than $200 a year, patients get access to top health professionals, 24/7 virtual care, same-day appointments and more. They are able to enjoy more quality time with their provider during longer appointments that start on time, they can e-mail their provider directly with follow up questions, get access to 24/7 phone support and stay connected and on top of their health with the One Medical mobile app.

Patients can also schedule same- or next-day appointments via phone, app or online.

"We serve broad demographics, from adolescents to seniors and anything from normal issues to chronic illness to terminal AIDS," Lee said.

So, for example, if a patient has some type of sickness, like a headache, the flu, or just general pain, they have the benefit of being able to see a doctor the same day, who can address their needs in one visit and then follow up via email. With most practices, Lee explained, it will be no less than a week before they would be able to see a doctor, and that can be a health hazard if they a potential heart infection, or bad pneumonia.

It also helps in cases where a visit to the doctor's office wouldn't be necessary just to get a transaction done. Instead they can go to the mobile app, which alleviated the hassle of minor transactions.

The idea is to give higher quality care that is more affordable, said Lee and the One Medical practices help patients economically by reducing their number of doctor visits that might be unnecessary. They also promote better health habits and help reduce issues that will improve health in the long run.

To open the new locations in Arizona, One Medical revealed that is is partnering with health care leader Dignity Health to launch its primary care service in Arizona. This is the first of several initiatives planned by the partnership.

"Dignity is thinking thoughtfully about care relationships between primary care and specialists," said Lee. "They want to take the focus off of sick-care and onto how you start to develop those better interfaces."

That includes what information should be shared with hospital and what should be shared back, so that the care process is more thoughtful and higher quality. It's about taking some of the complexity out of the system.

Also, given Dignity's more established roots in the area, they allowed One Medical to better understand how to answer to specific needs of the Phoenix market.

"Today we offer great care but things are very first order. There is still so much more to do," said Lee. "We have the opportunity to radically redesign how patients receive care, and how affordable that can be. It's a huge opportunity."

While today patients can access One Medical's virtual care team 24/7 via phone and email, Lee says he can "imagine doing more real time virtual consultation," improving how the company helps people improve their health, better reacting to sickness, and getting patients to be proactive and more informed about their health.

A CNN/KFF poll found that 20% see their mental health as only fair or poor, but most can't get care

Digital health news, funding round up in the prior week; October 3, 2022

Digital health news, funding roundup in the prior week; September 26, 2022 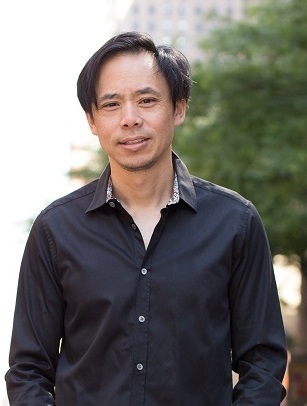