Vator will be highlighting the up-and-coming healthcare companies before Splash Health on Feb. 12th 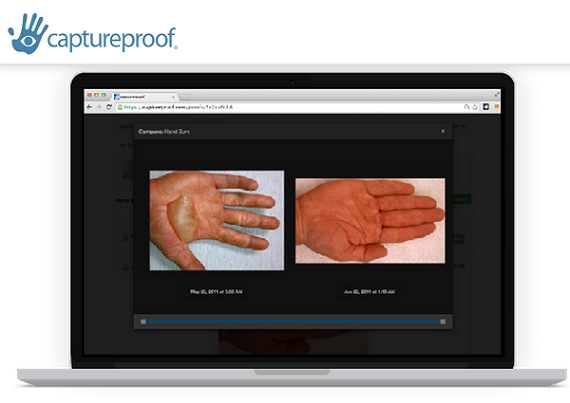 With Vator Splash Health coming up soon, we've been focusing on different aspects of the healthtech space, including the companies that have raised the most money and  how quickly the space itself has been growing in recent years.

One big part of that involves discovering what the future of healthtech looks like, and the up and coming companies.

So VatorNews reached out to venture capitalists who invest in health companies to find out from them: who are the next generation of health companies, and the ones that will disrupt and shape the space in years to come.

One such company is CaptureProof, a HIPAA compliant solution for patients and clinicians to communicate through sharing of photos and/or video with the entire care team. It creates and implements innovative technologies that allow patients and physicians to capture, compare, share, search and analyze pertinent media.

I spoke to CaptureProof Founder and CEO  Meghan Conroy about the company, its mission and her vision for the future of healthcare.

EDITOR'S NOTE: On February 12th, Vator will be holding its first ever Splash Health event in Oakland, where speakers such as Dr. Katrina Firlik, Tom Lee, Founder & CEO of One Medical, and Ryan Howard, Founder & CEO of Practice Fusion, will be talking about the state of the healthtech space, and where they think it is going. (Get your tickets here).

VN: Who is your average customer and what is a typical use case for CaptureProof?

MC: From Hospital Systems, to Insurance Companies, to Clinical Practices to ole practitioners -CaptureProof is putting evidence into evidence-based medicine. With over 10 compelling medical pilots in some of our nation’s leading medical, managed care and research institutions - CaptureProof’s changing the face of medicine. CaptureProof acts as the whole hospital solution to photos and video, with 28 sub-specilties benefiting from the platform.

As a disease state agnostic tool, and yet we are being used in a range of use cases ranging from: monitoring post-op knee range of motion recovery, snapshots of an angiogram pre- and post-stent, automating the Parkinson’s scale in a patient’s home, enabling a rural Doctors to monitor his patients with diabetic wounds and even documenting releases for clinical trials. 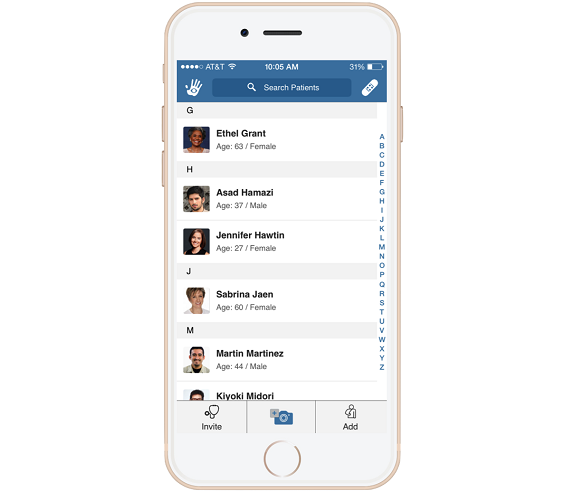 VN: How do you want to change the healthcare space? What is your vision for what it will look like in five to ten years thanks to what CaptureProof is doing?

CaptureProof will be the Patient’s visual health record, generating meaningful visual data will assist in therapy decisions and potentially automate diagnosis. CaptureProof is not trying to replace the Doctor, but giving the doctor more data to make better clinical decisions. It is a simple fact, more data means better decisions.

By 2020, the United States will face a shortage of 45,000 primary care doctors - not to mention shortages across a number of other specialties, CaptureProof’s impact of more efficient and cost-effective medicine is paramount to solving this problem. The fact of the matter is we have finite resources and unlimited need for care, and allowing us to decouple medical care from time and location will improve our world greatly. 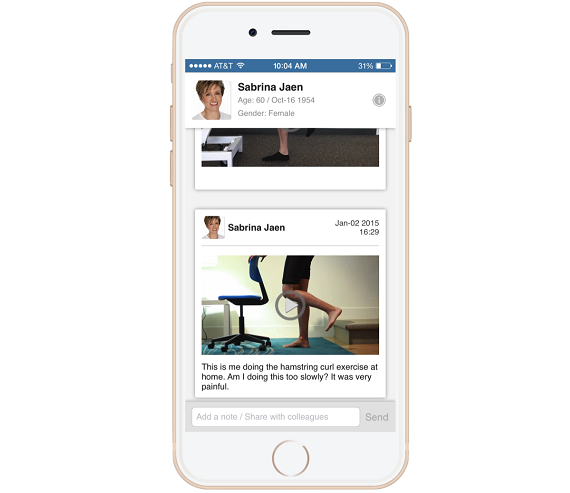 VN: How many users do you currently have?

MC: CaptureProof is across the nation and we've actually extended into 8 countries. We're also being used across 28 sub-specialties of physicians. We've worked very diligently to be an easy-to-use platform that's focusing on photo, and video, and medicine as a whole.

VN: Have you been able to calculate any health benefits to those who use CaptureProof?

MC: Studies already show amazing results. CaptureProof is reducing in-person follow up appointments by 80% (Post-op). It is saving Clinicians 66% of their time per patient (monitoring). It is cutting ER appointments by 50% (Post-op). And it is streamlining neurology care reducing tests by 78% (triage).

CaptureProof has prevented children for whom their parents thought that maybe they were having a seizure, and having to go to the brain doctor, from having to go through EEGs that were unnecessary. We've kept kids out of the emergency room. We've had adults who have had a total knee replacement not have to go into the office 80% of the time, they can do it from the comfort of their own home and not have to have a care giver come and drive them to the physician.

The biggest stand out for us is, there was a patient who was on our system and she let me know that it wasn't until she saw her before and after images of herself over a total year that she realized how much better she actually was. It's one of the most powerful things we do as humans, is we forget, and it's important that we're able to do that, but when you're watching your progress you want to know how much better you are, having a bookmark back in time through to now is really powerful.

VN: Have you raised any money yet and, if so, from which investors?

MC: To date CaptureProof has raised 1.4M in a friends and family round. Some of our most notable investors being, gotham gal - Joanne Wilson, Walter Winshall, Bill Morton, Bill Lipner, Gentry Underwood, Michael Kim, Sharon Knight, Microventures and TechStars.

VN: Is there anything else you feel is important to include about CaptureProof?

MC: What we do is we let doctors send a media prescription to their patients, requesting a specific image or video. Sometimes those video prescriptions have an instructional video that the patient will share and will be able to watch, and mimic, and then share a similar video back. Sometimes it just has text instructions, "Take 5 paces towards the camera, take 5 paces away, take a video of your child's potential seizure." Then, once you do take an image, one thing that we do is overlay your initial images so that you can actually match up your subsequent images and easily take another picture.

Then CaptureProof organizes the data so it's very clear to see whether you're progressing or not, you see the photos / videos in a side-by-side comparative organization tool.