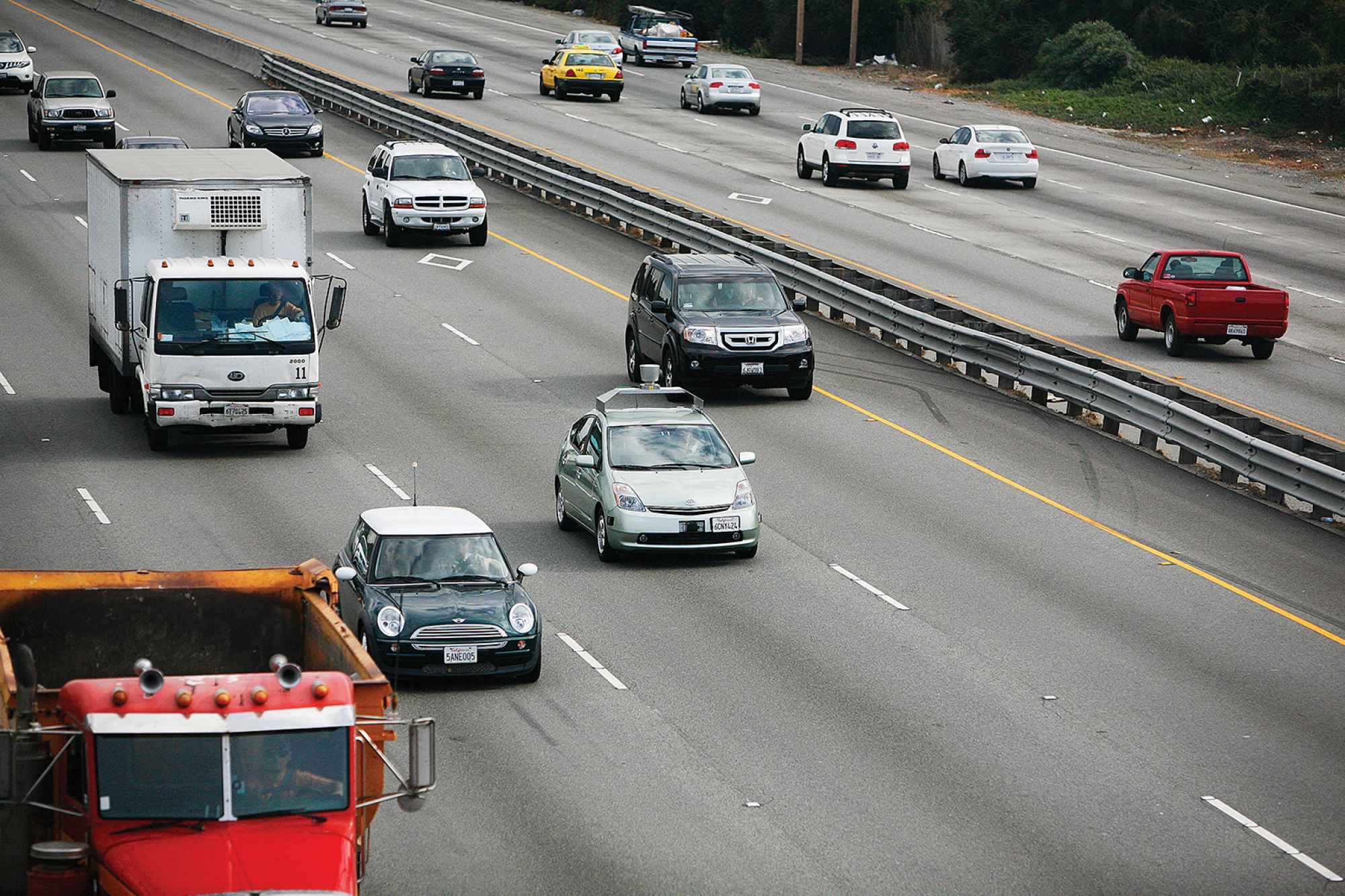 Google has been working on the self-driving car since 2009, but the end game of that was always a little hard to see. Were people going to buy them and zone out while a car drove them to work? Were they going to be used for delivery? What exactly was Google planning with these?

Now we have a pretty good idea: it's going to turn them into a taxi service, at least that's according to a report out from Bloomberg on Monday. That means, basically, that it will be competing against Uber and in the same breath, Lyft.

At first glance, that may be perceived as surprising since Google Ventures, the company's venture capital arm, invested $258 million in Uber in August 2013, and has been a big advocate for the ride-share startup.

Dig a bit deeper, though, and it makes more sense since Google is good at giving directions. Its Google Maps app directs consumers on how to get from one location to another, and the company bought Israeli social traffic app Waze for $966 million in 2013.

Also, Google is well underway to revolutionizing transportation with its self-driving cars. Testing of self-driving cars started in 2011 in Nevada and the cars are already legal in various states. The company is well on its way toward commercialization. The vision proposed would be of self-driving cars roaming our city streets as Yellow cars are. You wouldn't even need to book them in advance, as a hand gesture would suffice. Hail Googlecar!

Sources close to the Google X research lab, where the self-driving car is being developed, have said that the car is between two and five years from being ready for its commercial launch.

The self-driving car is only a small piece of Larry Page's Google 2.0 futuristic vision. Page has been concerned for some time with the big dilemmas facing humanity and how Google's technology can eradicate them. Among his solutions are building a more efficient airport, as well as a model city, which both would benefit form self-riding cars. Envision, as Page does, a city with less cars, less air and noise pollution and parking lots replaced with green spaces.

Not one to be left behind, Uber is working on its own self-driving vehicles at the Advanced Technologies Center located Pittsburgh, Pa, near the CMU campus. The facility is the offspring of the Uber and Carnegie Mellon University (CMU) newly formed strategic partnership, which was announced on its blog on Monday.

While CMU is well known for working toward the betterment of society, Uber's reputation as been tainted with various scandals stemming from inappropriate comments from the upper echelon and drivers accused of assaults. This new partnership is sure to catapult Uber forward, both in technology and public perception.

Uber CEO Travis Kalanick has previously said at the Code Conference that he expects drivers to be replaced by automated vehicles in the future.

"When there's no other dude in the car, the cost of taking an Uber anywhere becomes cheaper than owning a vehicle. So the magic there is, you basically bring the cost below the cost of ownership for everybody, and then car ownership goes away," Kalanick said.

This is certainly not good news for the "dude" about to be replaced, of course. However, getting rid of the driver would help Uber get rid of one of the biggest scandals it is dealing with right now.

Google, meanwhile, seems to have been very open with Uber about its plans. According to Bloomberg, David Drummond, Google’s chief legal officer and senior vice president of corporate development, an Uber board member, has already told the rest of the board about Google's plans.

He also showed Uber executives some screenshots of a Google ride-sharing app that is currently being used by Google employees. Not surprisingly, there is now talk of Drummond having to resign his position as an Uber board member because, of course they can't have a direct competitor sitting there.

When pressed for comments on the Bloomberg report, Google responded to VatorNews with the following Twitter thread:

We think you'll find Uber and Lyft work quite well. We use them all the time.

At the time of going to press, Uber hadn't responded to my request for comments.  We will update the story if we learn more,