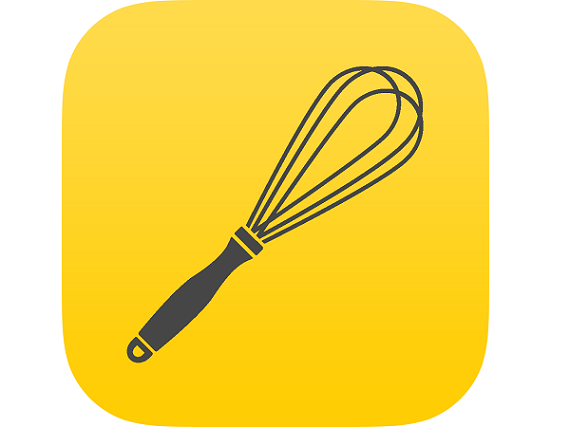 I love to cook. I don't get to cook very often now, unless I do it for my girlfriend and her mother, but I like finding new recipes and creating something that gives people joy.

Nobody ever taught me how to cook, though. The way I learned was just simply by doing it. I had my mother pick out something and buy the ingredients and I would just make it. Luckily, I was pretty good at it, and nothing I ever made came out bad. Obviously, not everyone can learn this way, though, and some people need a lot more help.

That is where mobile cooking app Kitchen Stories comes in. The app, which offers recipes with step-by-step images,  texts, and 5 minute demonstration videos, has just raised a $1.8  million seed funding round, it was announced on Thursday.

The company will use the funding to add to the company's 20 person team, Verena Hubertz's, founder of Kitchen Stories, told me in an interview. That includes developers and product managers that will help to "incorporate customer’s needs and enhance the user experience."

It will also go toward product updates, including the opening up of “The Kitchen Stories Family”, its effort to connect users from around the world, to all users after a successful beta test. The app will also be using the funding to add an Android Version.

The company's motto is "anyone can cook" and that is the driving force behind the app, Hubertz said.

"Features like the shopping list help you through the shopping process at the supermarket and our timer helps you while cooking," she told me. "Therefore Kitchen Stories can be used along the whole 'cooking process,' from finding the perfect recipe, to learning the associated skills, to getting your groceries ready and finally cooking the recipe in your home kitchen."

Launched less than a year ago by founders Hubertz and Mengting Gao, Kitchen Stories has already been downloaded over three million times on iOS devices in 150 countries. Available in 12 languages so far, it was named one of the best apps of 2014 by Apple.

The inspiration for the app came from the founders' frustration over existing apps, which were mostly user generated. The lack of a premium cook app inspired them to create one of their own.

"We believe the ideal cooking app still isn't available on the market. We aim to solve this by creating the most user-friendly app with all the features and information our users need to cook - regardless whether they're an absolute beginner or already a hobby chef," Hubertz said.

While she said that there are many “local heroes“ covering the space, for example FoodNetwork in the US, Cookpad in Japan or Chefkoch in Germany, "there is no global food platform available yet."

To foster that exchange, she said, Kitchen Stories launched its The Kitchen Stories Family earlier this year, "where we allow food lovers around the world to connect. We will select the best recipes and re-shoot them inhouse, with short recipe instructions and step-by-step photo instructions."

The idea is to get people to best recipes from around the world. They are then divided into different categories such as “Below 400 Calories”, “20 Minutes”, and “Vegan”, to help users quickly find what they’re looking for.

"Nowadays, if I live in the US and want to get the perfect recipe for Italian lasagna, then I do want to get the original one. Who better to ask than a dedicated hobby chef who cooks lasagna on a regular basis?" said Hubertz.

"This makes us stand out from many user-generated websites. We find they often offer unbeautiful photos, long and unstructured texts that are often confusing, and an overload of recipes. We always say, for example, that Allrecipes is like Amazon for food – you can find everything in 1000 variations, but if you don’t know what you are looking for you are definitely overwhelmed and lost."

Kitchen Stories, on the other hand, provides everything a person needs in order to prepare a home-cooked meal.

"What started as a passion project has managed to grow into the largest food publisher on the App Store worldwide without any marketing spending," said Hubertz. "The company was founded via a bootstrapped approach and all videos/recipes/photos are produced in-house."