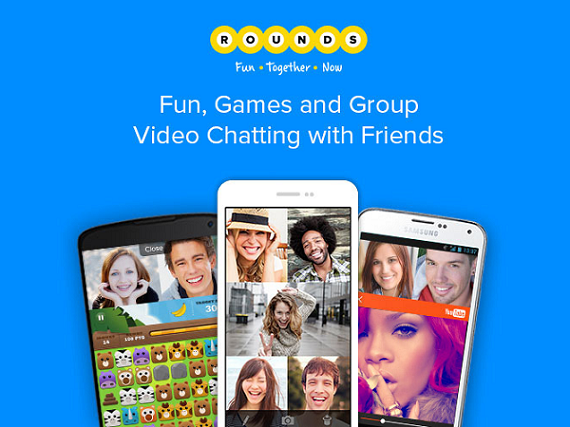 In the past year, there has been a flurry of activity in the mobile messaging space, starting with Facebook's $22 billion purchase of WhatsApp, and continuing with mega deals like Alibaba's $215 million investment in Tango, and Rakuten's $900 million purchase of Viber.

There are many players in this very hot space, but there is one area that so many are lacking: live video communication. That is where Rounds comes in; the company centers communication around connecting people in real time. And now it has announced that it has raised a $12 million Series B round of funding led by Sequoia Capital.

Rounds had previously raised $10 million in funding, from investors that included Samsung Ventures, Verizon Ventures, DFJ’s Tim Draper, Rhodium and other private investors. The company has now raised a total of $22 million.

The new funding will allow the company to expand further, including hiring across various departments, as well  as building out its platform and capabilities.

"We have a lot of interesting developments coming in the 2015 but our main focus at the moment is to understand our users better, to investigate and connect with them and to better understand what they want and what they need," Dany Fishel, CEO and co-founder of Rounds, told me in an interview.

As I noted earlier, the mobile messaging space is hot right now, and there is a ton of competition out there. So what separates Rounds from all of those other players? Four words: instant group video chat.

"In today’s fast paced world, people are always on the go, they’re looking for a way to connect quickly, but still be able to maintain real connections and that feeling of being in the same room," Fishel said. "In order to fulfill this expectation, we created the first instant group video chat that has the ease of a simple one click initiation. We are witnessing an interesting shift in the communication industry,"

He separates the competition into two groups: the pure messaging apps, and then those that focus on video chatting, such as Tango, OoVoo, Skype and Google Hangouts.

"We’re taking the fundamental communication elements that connect people - sharing experiences and doing stuff together and bringing them into the conversation, and that’s what makes Rounds different," he told me. "This unified experience is part of our DNA, it’s not just something we slap on as a feature, it’s something inherently built into the foundation of the platform and is a fundamental part of the experience."

Some of the use cases for Rounds have included Marines who want to stay in contact with their small children, college students away from home, high schoolers doing their homework together and grandparents reading to their grandkids at night.

When looking at how customers use Rounds, the company that 94% of conversations had at least one user doing one interactive activity within the conversation, such as playing games, watching YouTube videos or sharing photos. This means that only 6% of conversations on th platform are purely video or real-time audio calls.

"You can definitely see that the vast majority of Rounds’ users are making use of the capabilities of the platform like playing games and consuming content, bringing the fun into the conversation," said Fishel.

Founded in 2009 and is based in Tel Aviv, Israel, Rounds has 25 million users worldwide, most of whom have joined within recent months.

"We believe the next generation of communication is where instantaneous connectivity meets fun and interactive shared experiences. Right now, we’re focused on providing the best video chat experience to our users and merging that with the most fun games, activities and content," Fishel said.

"The evolution of the platform will come from expanding our communication capabilities, whether they be asynchronous or real time, one-on-one or group, and adding even more fun and interactive content people can share and enjoy together."

Rounds from Rounds on Vimeo.

Rounds offers instant group video chat on mobile. It’s a live communication platform that makes it easier, faster and more fun to connect to friends and family. On Rounds, users enjoy interactive conversations with friends where they can play games, watch videos, share photos, and much more, while video chatting together. 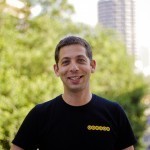