The new Oprah? Mark Zuckerberg starts his own book club

Zuckerberg asks people to follow along as he reads two books a month, page already has 119K likes 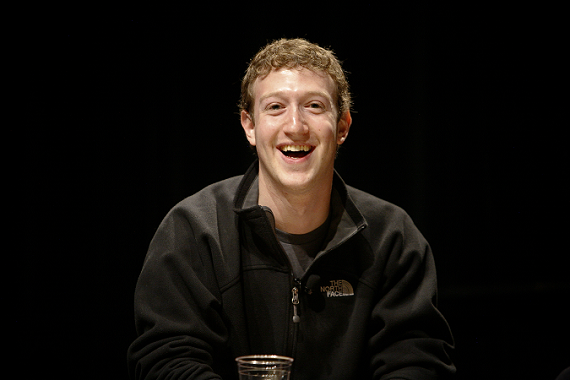 I'm generally not one for New Year's Resolutions, mostly because I know I don't have the discipline to go through with them, so why bother? I did make one a few years ago, though, that I really did try to stick with: I would read one new book every month. Seems doable, right?

You know how many I wound up with in the end? Seven. If you're thinking that seven isn't actually that bad, I hate to break it to you: they were actually audiobooks. So, yeah, pretty much massive failure.

If only I'd have had someone like Mark Zuckerberg as my guide. You see, every year, Zuck gives himself a challenge. In past years it has been to learn to speak Mandarin, or to meet one new person who doesn't work at Facebook every day. This year he made it his goal is to read a new book every two weeks. And now he is letting everyone else take the challenge with him.

"I'm excited for my reading challenge. I've found reading books very intellectually fulfilling. Books allow you to fully explore a topic and immerse yourself in a deeper way than most media today. I'm looking forward to shifting more of my media diet towards reading books,” Zuckerberg wrote in a note on Facebook.

"If you want to follow along on my challenge and read the same books I do, I've created a page, A Year of Books, where I'll post what I'm reading. Please only participate in the discussions if you've actually read the books and have relevant points to add. The group will be moderated to keep it focused."

To behold the power of Zuck, now only does the A Year of Books page already have nearly 119,000 likes, but the first book he selected, The End of Power by Moisés Naím, has already sold out on Amazon. Now that's power!

Zuckerberg describes the book as one that "explores how the world is shifting to give individual people more power that was traditionally only held by large governments, militaries and other organizations."

"The trend towards giving people more power is one I believe in deeply, and I'm looking forward to reading this book and exploring this in more detail," he said.

It's not a surprise that Zuckerberg would use his power to promote reading. After all, he has made education a big priority in his charitable donations.

Zuckerberg founded the Startup: Education foundation in Newark, New Jersey, and personally donated $100 million to the Newark public school system. In December of last year, Startup: Education, along with Bill Gates’s The Gates Foundation, participated in a $9 million philanthropic investment in EducationSuperHighway, a non-profit aiming to help K-12 schools get connected to reliable, high-capacity Internet access.

It's a comparison that will now have to be made: does forming his own book club make Mark Zuckerberg the new Oprah?

Oprah, as we wll know, has her own Book Club, which has been extremely influential for a lot of her fans in what they read. That golden O on a book cover could make a huge difference. While it doesn't have an official page on Facebook, Oprah's Book Club does have an official Twitter profile, with 138,000 followers. So, in just a couple of days, Zuckerberg is already nearly matching it in terms of social media presence.

There are many people I can imagine Zuckerberg wanted himself to be compared to. Maybe Steve Jobs was one. Bill Gates, the man he once called his "hero" was certainly someone he wouldn't have minded being spoken about in the same sentence? But Oprah? I imagine that was not one he was ever really expecting.