The investment gives Intel 30% ownership of the company 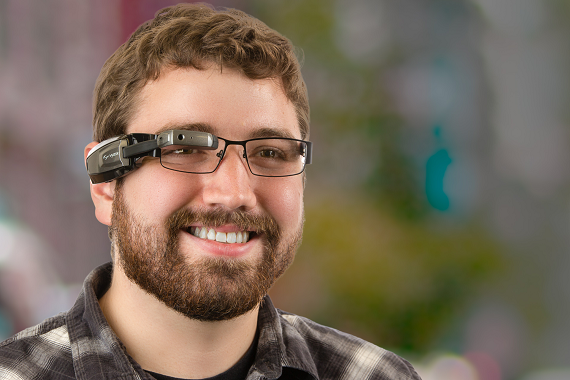 Many predicted that Google Glass would be a hit in 2014. In fact, a report from BI Intelligence even stated that over 800,000 Google Glass units would be sold. The actual number, which Google has not officially released, is more likely in the 250,000 range. Now some are even predicting that Google will start marketing the device for businesses instead, abandoning, or at least pivoting away from, the consumer market.

In short, Google Glass, so far at least, has been basically a bust. But that does not mean that smart glasses are dead. Not by a long shot. There are plenty of others willing to take up the mantle, and find the success that has seemingly eluded Google.

One of them, Vuzix, just got a big cash infusion to make that dream a reality.

The company announced on Friday that it has received a $24.8 million investment from Intel Corporation, specifially to "accelerate the introduction of Vuzix next generation fashion-based wearable display products into the consumer market."

In all, Intel purchased 49,626 of Vuzix' Series A Preferred Stock, which are convertible into 4,962,600 shares of Vuzix' common stock. Upon that conversion, Intel will own 30% of Vuzix.

Founded in 1997, Vuzix is a supplier of video eyewear products in the commercial, consumer and entertainment markets. Its products include video, augmented reality, and virtual reality glasses.

The publicly traded company, which  has offices in Rochester, NY, Oxford, UK and Tokyo, Japan, says it holds "39 patents and 10 additional patents pending and numerous IP licenses in the Video Eyewear field." Vuzix won Consumer Electronics Show (CES) awards for innovation from 2005 to 2014.

For Intel, this is just the latest investment in the wearables space, which many see as a way for the company to make up for the fact that it was slow to adopt its microchips for mobile  technology. By investing early, and often, in  smartglasses and wearable, it seems to  be attempting to get in on the next wave before it it once again left behind.

Not only has Intel put its processors into Google Glass, but it has also teamed up with Italian eyewear brand Luxottica in December "to fuse premium, luxury and sports eyewear with smart technology." In addition, Intel is also developing wearable devices with retailer Fossil Group and fashion brand Opening Ceremony.