Apple made up more than 50% of newly activated phones and tablets, phablet saw big gains 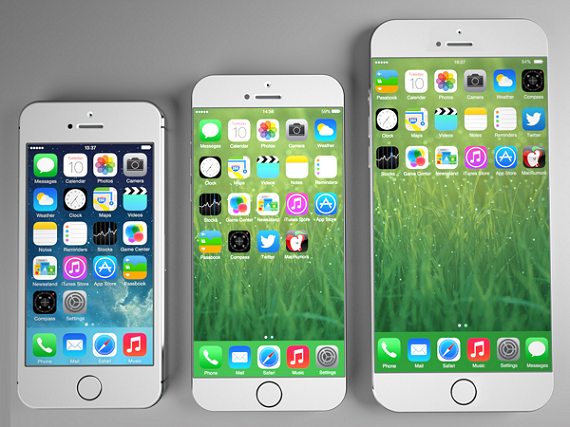 So, it turns out that people give each other phones for Christmas. Like, they go out and buy an iPhone 6 and buy it for someone else. Nobody has ever given me one, and it wouldn't really occur to me to do it for anyone else, but apparently this does happen. And it seems to happen a lot. In other news, who wants to buy me a new iPhone? Anyone?

New research out from Flurry on Monday shows which types of devices were the most popular this year. No spoilers, but come on, you know which one it was.

Apple completely dominated all other phone manufacturers, with an actual majority of new device activations on Christmas. Apple had 51.3% of all phones, with Samsung coming in a very distant second with 17.7%. After that, it's Nokia with 5.8%, Sony with 1.6% and LG with 1.4%.

The reason that Apple crushes all others seems pretty simple to me: more economy of devices. There is so much choice in terms of Samsung or Nokia phones. There's always a new version of  the iPhone, and that is just going to be the one that everyone assumes their loved one wants. It's easier to know which one to pick.

If you're wondering where some of the other big manufacturers are on that list, such as Xiaomi, Huawei, and HTC, Flurry has an answer for you: each one less than one percent share on Christmas Day because they are mostly dominate in Asia, and that part of the world is not quite as into Christmas gift giving as some other markets.

So many new phones being activated can only mean one thing: a bunch of apps being downloaded too. On Christmas Day there were 2.5 times as many apps installed as during the first 24 days of the year.

"This is a remarkable number considering the maturity of the US market and the difficulty of getting recognized in crowded app stores," said Flurry, which noted that games and messaging apps saw the highest increase in app installs.

And, finally, when it came to the type of devices that were activated, the big news in 2014 was the rise of the phablet (a.k.a. a hybrid of a phone and tablet). In the week leading up to Christmas, 13% of new device activations were phablets compared to just 4% in 2013, with the iPhone 6 as the top device.