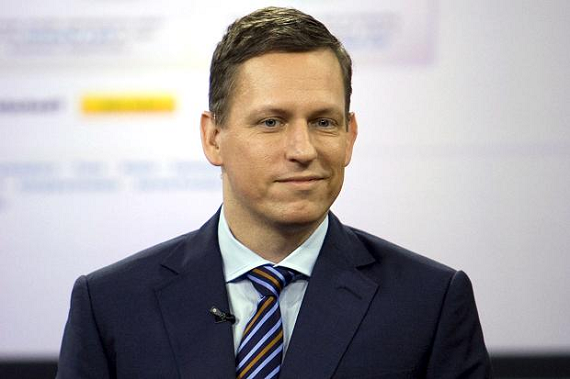 When we host our Post Seed Conference on December 2, in partnership with Bullpen Capital and Venture51, Vator will be honored to have one of the most successful entrepreneurs in Silicon Valley: Peter Thiel. Check out the event here.

Thiel is the co-founder and former CEO of PayPal, as well as a managing partner in Founders Fund. He is very influentual figured in Silicon Valley, but the interesting question is: who has influence him? (*Full disclosure: Thiel is an investor in Vator).

In an interview with author and investor Tim Ferriss in September, Thiel pointed to some of his influences and philosophies.

When asked what book he most often gives as a gift to other people, one man that he said he looks to for advice, he said, is French author and historian René Girard.

"Books by René Girard, definitely — both because he’s the one writer who has influenced me the most and because many people haven’t heard of him," said Thiel. "Girard gives a sweeping view of the whole human experience on this planet."

That was captured in the title of what Thiel says is Gerard's masterwork, Things Hidden Since the Foundation of the World  "but it’s not just an academic philosophy."

"Once you learn about it, his view of imitation as the root of behavior is something you will see every day, not just in people around you but in yourself," he said.

Thiel expanded upon Girard's influence on him in an interview with Business Insider earlier this month.

He said he read Girard's book while studying at Stanford University, and liked his work because he "ranges over everything: every book, every myth, every culture — and he always argues boldly. That made him stand out against the rest of academia, which was and still is divided between two approaches: specialized research on trivial questions and grandiose but nihilistic claims that knowledge is impossible."

In the same BI interview, Thiel was asked how Girard's view of Christianity influenced his own world view and beliefs. Thiel responded: "To see the difference Girard makes, consider the Book of Revelation. It's the last thing in the New Testament. It's very strange. What could it mean to someone today? There are two common views: Secularists see a bunch of crazy gibberish that should be ignored or mocked. Fundamentalists see an authentic prophecy of divine vengeance.

Girard says there is another, deeper answer: The destruction that Revelation describes is real, but we can't blame it on an angry, violent deity. We have created weapons capable of violence on a biblical scale. In the event of apocalypse, we will be responsible. Blaming the gods for our own violent acts is what humans have done throughout the whole history of religion.

But as Girard reads them, the Gospels reveal that God is not violent. He has no need to get into a fight. He is not our rival. What God actually is and what it means to be created in God's image is not something to capture in a sound bite, but it certainly begins with creation and continues with life."

Thiel, of course, is quite outspoken on the subject of education, and it is no wonder he would enjoy the work of someone that he sees as the opposite of that.

"Girard is the opposite of both: He makes sweeping arguments about big questions based on a view of the whole world," Thiel said. "So even when you set aside the scandalous fact that Girard takes Christianity seriously, there is already something heroic and subversive about his work."

So just who is René Girard, anyway and what does he believe? Like, Thiel said, I had never heard of him before, but his main point seems to be that we only desire what we think others desire, and, ultimately, that is what leads to conflict.

The idea is to become less competitive, for two reasons: the first, Thiel said, is that "competitors tend to become obsessed with their rivals at the expense of their substantive goals, and because of that" and, seond, "the intensity of competition doesn't tell you anything about underlying value."

You can see Girard's influence in some of Thiel's answers in his interview with Ferriss. Specifically, Thiel's admission of his own efforts to try to be less competitive than he was at a younger age.

"I would say that when I look back on my younger self, I was insanely tracked, insanely competitive. And when you're very competitive you get good at the thing you’re competing with people on but it comes at the expense of losing out on many other things. So, if you're a competitive chess player you might get very good at chess, but neglect to develop other things because you're focused on beating your competitors, rather than on doing something that's important or valuable," he said.

"And so, I think I've become self aware over the years about the problematic nature of a lot of the competition and rivalries, that we get caught up in. And I would not pretend to have extricated myself from this altogether. So I think every day it's something to reflect on and think about, how do I become less competitive in order that I can become more successful?'"

Vator will be holding its inaugural “Post-Seed” Conference in early December, to discuss how venture capital is changing, due to a landscape being altered by new financing options, including crowdfunding and debt financing. Get your tickets here!