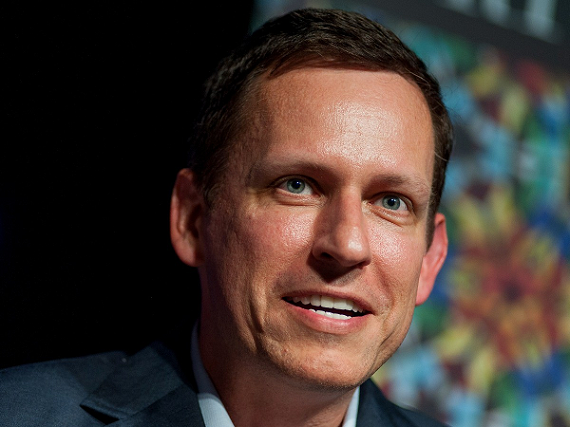 When we host our Post Seed Conference on December 2nd, in partnership with Bullpen Capital and Venture51, Vator will be honored to have one of the most successful entrepreneurs in Silicon Valley: Peter Thiel. Of course, besides being the co-founder and former CEO of PayPal, as well as  a managing partner in Founders Fund, Thiel is also sometimes a controversial figure. He is certainly someone who says what he believes. (*Full disclosure: Thiel is an investor in Vator).

For example, Thiel is known for his libertarian views and his skeptical views about college education. He even offers the Thiel Fellowship, which is a $100,000 grant given to students to skip college for a couple of years in order to start a business instead.

In an interview with author and investor Tim Ferriss in September, Thiel was asked about his stance on college and higher education, and whether that view, given his own education, is hypocritical.

(For a bit of background: Thiel received a  B.A. in Philosophy from Stanford in 1989 and then earned a J.D. from Stanford Law School in 1992.)

'I think that people will always find objections of some sort or another. Had I not gone to Stanford or law school, people would object and say that I had no idea what I was missing. So I think they're likely to complain in any event," Thiel said.

But, he contested, that his views on the subject are not hypocritical because he "never made claim that there's a one size fits all. So if I said that nobody should go to college that might be hypocritical, but what I have said is that not everybody should do the same thing."

What it really boils down to is the lack of diversity of thought that pushing everyone towards college creates.

"There is something very odd about a society where the most talented people all get tracked towards the same elite colleges, where they end up studying the same small number of subjects, and going to the same small number of careers. And that strikes me as sort of a lack of diversity in our thinking about the kinds of things people should be doing. That's very limiting for our society as well as for those students."

So would Thiel still have gone to college is he knew what we knows now? There is actually not a cut and dry answer to that question.

"It's possible I would do it again," he said, but also that he would "think about it much harder."

The subject of education came up again, later in the interview, and this time Thiel gave the kind of controversial answer some may have come to expect from him.

When asked what he though the future of education will look like, Thiel first rejected the word "education" altogether.

"I don’t like the word education because it is such an extraordinary abstraction. I'm very much in favor of learning. I'm much more skeptical of credentialing or the abstract called education. So there are all these granule questions. Like, what is it that you're learning? Why are you learning it? Are you going to college because it's a four year party? Is it a consumption decision? Is it an investment decision, where you're investing in your future? Is it insurance? Or is a tournament, where you're just beating other people? Are our elite universities really like Studio 54 where it's like an exclusive night club?" he said.

I think if we move beyond the education bubble that we're living in today, the future will be one where people can speak about these things more clearly and we will talk about, is it an investment decision? Is it a tournament? Is it a trade or vocational skill that you're developing?"

If there is one major that Thiel believes is already currently bucking these trends it is engineering.

"Engineering is the opposite of education because it is actually a specific skill that people are learning. And engineering as a discipline cuts the most against the banality that we're always told that you're just learning how to learn, or you're not learning anything in particular. You don't know why you're learning things," he said. "Engineering is sort of the anti-education in that sense and, I think, is in some sense a paradigm for they way I think it will be more in the future. I think we'll have much less of a one size fits all approach. I think the big tract institutions are delivering less and less and charging more and more. And so I think we are sort of  at a point where things will look very different."

He even went on to compare the current state of education in this country to the Catholic Church on the eve of the reformation.

"It has become a very corrupt institution. It was charging more and more for indulgences. People thought they could only get saved by going to the Catholic church, just like people today believe that salvation involves getting a college diploma. And if you don’t  get a college diploma that you're going to go to hell. I think my answer is, in some ways, like that of the reformers in the 16th century. it is the same disturbing answer that you're going to figure out your salvation on your own."

Vator will be holding its inaugural “Post-Seed” Conference in early December, to discuss how venture capital is changing, due to a landscape being altered by new financing options, including crowdfunding and debt financing. Get your tickets here!