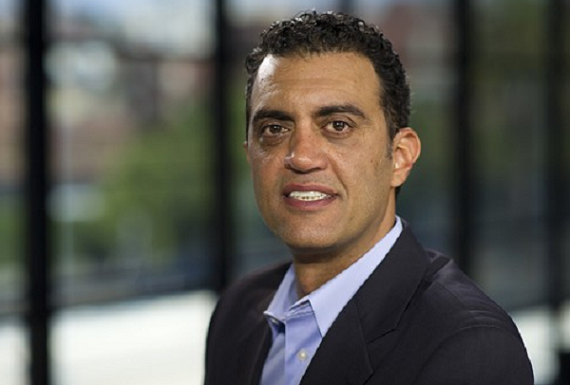 Uber is starting to develop quite the reputation, and I don't mean that in a good way. This tends to happen when companies go from being underdogs to the big dogs. And, hey, business can be brutal. So if the company is messing around with Lyft, purposely canceling rides and stealing documents, that seems to be par for the course. It's not illegal (well, maybe the second one is) and we may not like it, but it would simply be naive to think things like that do not happen.

Companies can go too far, though, and when they do backlash can be fierce. Uber is getting a taste of that right now: it's in trouble for something that one of its executives even suggested it might do, and that has been enough to set off a firestorm.

On Monday, Buzzfeed reported on comments made by Emil Michael, Uber’s senior vice president of business, in which he expressed his feelings that his company might do well to investigate, and thereby discredit, journalists who were critical of Uber.

This past Friday, at a dinner at the Waverly Inn in Manhattan, in which A Buzzfeed editor was also in attendance, Michael reportedly began discussing Sarah Lacy, the editor of the Silicon Valley website PandoDaily. Lacy recently ran a column in which she said that she was deleting Uber after a column, from Buzzfeed, accused the service of working with a French escort service.

In response, Michael said that he would like Uber to spend “a million dollars” in order to hire four opposition researchers and four journalists, who would then help Uber fight back against the press.

Here's the really disturbing part: his plan was to have them look into reporters “personal lives" and "families" to get back at them. He apparently thought they would "prove a particular and very specific claim about [Lacy's] personal life," Buzzfeed wrote.

When someone suggested that Michael's plan could become a problem if it got out, his response was, “Nobody would know it was us.”

Michael has not denied that he said any of this; in fact he admits making these statements, but says that he thought that he was off the record. Indeed, the Buzzfeed editor who overheard them had not been told that anything said at the dinner would be considered off the record.

"The remarks attributed to me at a private dinner – borne out of frustration during an informal debate over what I feel is sensationalistic media coverage of the company I am proud to work for – do not reflect my actual views and have no relation to the company’s views or approach," Michael said in a statement provided to VatorNews. "They were wrong no matter the circumstance and I regret them."

Uber, as you might imagine, is trying to get away from the comments as fast as it can.

"We have not, do not and will not investigate journalists. Those remarks have no basis in the reality of our approach," the company said in a statement.

It should also be noted that Michael attempted to contact Lacy to talk about the incident after it got out. That plan went as well as you might expect.

just got a call from @emilmichael asking if we could chat off record. i said no. readers and riders deserved to hear it. so he hung up

Let's be clear here: no matter what the circumstances were of Michael making these remarks, it is absolutely appalling that they would ever even be thought, let alone said out loud. And I  don't just say that because this is my profession he is threatening.

Beyond the whole thing about revealing something from Lacy's personal life (which simply reeks of barely under the surface misogyny; how much do you want to bet it has something to do with sex?), the whole idea of, essentially, trying to blackmail reporters into giving a company positive press coverage is beyond creepy.

For a company with as much user data as Uber has (it has the ability to track the whereabouts of its users) to potentially threaten a reporter with information about their personal life, in an effort to silence criticism, is a step way, way too far.

This kind of thinking is really, really dangerous, and antithetical to everything that this country is supposed to stand for. I really hope that people take this as seriously as they should.