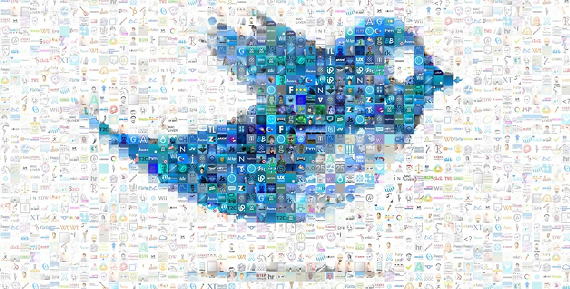 Silicon Valley has been getting all philanthropic recently, and Twitter wants in!

The social network is going to build a learning center, with the goal of teaching technical skills to some of the city’s poorest residents, including the homeless, Twitter has confirmed to VatorNews.

The center, which will apparently be called The NeighborNest, will be located directly across the street from Twitter's headquarters at the Essex Fox Plaza. It is scheduled to open at some point in the summer of 2015.

"We’ve put down deep, enduring roots in San Francisco and are committed to transforming lives right here in the neighborhood where we work. I’ve been impressed with Compass Family Services’ track record and can’t think of a better partner for this," Twitter CEO Dick Costolo said in a statement to VatorNews.

In all, Twitter is going to invest $1 million into the project, and will be partnering with Compass Family Services, a non-profit organization that provides tools for low-income and homeless families to "break the cycle of poverty and homelessness." They serve over 3,500 homeless families in the neighborhood.

Compass currently has seven programs, which includes a family shelter, a rent-subsidy program and a resident center.

“When a Compass family completes our programs they have a 95% shot at remaining self-sufficient and in a stable home. The Twitter NeighborNest will only add to their empowerment, confidence and chance of success," said Erica Kisch, Executive Director for Compass Family Services.

Twitter employees will volunteer their time at the center in order to teach tech skills and resume-writing to, as well as to provide a space for the children of those people to play and learn.

The new center will serves another purpose for Twitter: it extends the company's community benefit agreement. San Francisco wants to keep companies like Twitter from leaving the city, so it has agreed to give them a tax break if they help improve the surrounding neighborhood.

Last year, Twitter avoided paying $22 million in taxes just for helping charities learn to tweet. Do you know what $22 million can buy? At least 22 of these kinds of centers, apparently.

Mark Zuckerberg and his wife Priscilla Chan are pretty much the models of giving in the tech world, as they were named the most charitable people in 2013, having donated 18 million shares of Facebook stock, which amounted to a total of $992.2 million.

A big portion of their charity has so far gone toward education. Zuckerberg founded the Startup: Education foundation in Newark, New Jersey, and personally donated $100 million to the Newark public school system. In December of last year, Startup: Education, along with Bill Gates’s The Gates Foundation, participated in a $9 million philanthropic investment in EducationSuperHighway, a non-profit aiming to help K-12 schools get connected to reliable, high-capacity Internet access.  Zuckerberg also donated $120 million to Bay Area schools.

Most recently he gave $25 million to the Center for Disease Control to help fight the Ebola virus.

The news of the Twitter center was first repored by the San Francisco Chronicle on Thursday.