The button is currently being tested on mobile, allows users to buy goods without leaving the Tweet 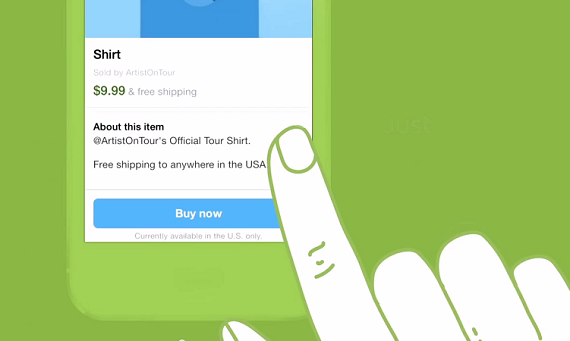 For a long time, Twitter's revenue stream has been made up almost entirely of advertising dollars, a model that, frankly, might now be sustainable for the long haul, especially if user numbers continue to slow as they have been recently. But now the company is finally going to start diversifying by entering a new space: commerce.

The social network is now testing out a buy button, it was revealed in a blog post on Monday, which will allow users to buy goods directly from inside a Tweet.

Here's how it works: once the button is tapped, the user will get more product details, and will be able to enter both their shipping information and their payment information. The information is then sent directly to the merchant. The user literally never has to leave the Tweet. The test is being conducted exclusively on mobile for the time being.

And for those who are worried about the potential risks of entering their credit card information to Twitter on their mobile device, the company says that all payment and shipping information is both encrypted and " safely stored after your first transaction, so you can easily buy on Twitter in the future without having to re-enter all of your information," though users will have the ability to remove this information if they chose to.

The way Twitter sees it, adding commerce to Tweets would not only be a boon for the user, but for the merchandiser as well.

"This is an early step in our building functionality into Twitter to make shopping from mobile devices convenient and easy, hopefully even fun," Tarun Jain, Group Product Manager at Twitter, wrote. "Users will get access to offers and merchandise they can’t get anywhere else and can act on them right in the Twitter apps for Android and iOS; sellers will gain a new way to turn the direct relationship they build with their followers into sales."

Twitter also announced some of its initial partners, including Fancy, Gumroad, Musictoday and Stripe, who will be platforms for this initial test. It is also testing out the feature with a slew of artists, brands, and nonprofit organizations, including Brad Paisley. Eminem, GLAAD, Keith Urban, Panic! At The Disco, Pharrell, and The Home Depot.

As I said earlier, commerce is a good opportunity for Twitter to branch out beyond advertising as a revenue stream. In its most recently released earnings report, the company posted quarterly revenue of $312 million. Of that, $277 million came from advertising. The other $35 million came from data licensing.

Twitter has recently been having some major issues with user growth, however, which could potentially put its advertising revenue in jeopardy. Brands need to make it worth their while to spend money putting their product in front of as many eyeballs as possible; if they begin to sense that the Twitter audience has become stagnant, or if the service has become passé, they may simply move on.

Commerce is becoming a hot sector in the social media world in recent months, as Facebook launched its own buy button back in July, an indication that the company does see payments as a potentially bigger revenue stream going forward as well. 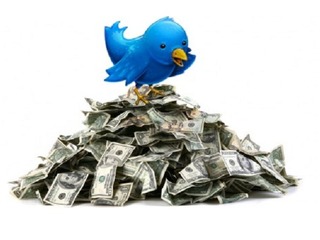