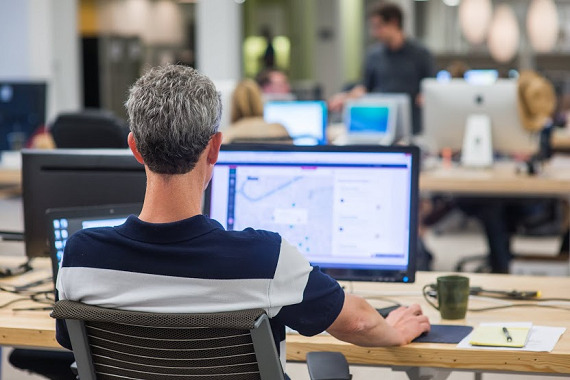 Most of us have probably, in our minds, come up with ways that we think our communities would be better. Whether it be putting up a stop sign at a busy intersection, or trying to reduce traffic by increasing access to bikes. Let's be honest here, though: at the same time, most of us are not going to do anything about it, because it's really hard to take the time to go to a government town hall meeting and voice your opinion.

MindMixer wants to make that process, by taking it and moving it online, helping citizens and their local governments connect more easily and share ideas.

Now the company has just raised a Series C investment round of $17 million, it was announced on Tuesday. The round was led by Dundee Venture Capital, and included the Govtech Fund and other participants.

The company had previously raised a little over $6 million, including a $4 million round in May of last year. This latest round bring MindMixer's total funding raised to $23.2 million.

The Kansas City, Missouri-based MindMixer works with civic organizations around the country, including cities, schools, school districts, and departments within local governments, such as parks departments,

"It serves as a platforms for reaching their community members in a more effective way," Amanda Ansell,
Director of Communications at MindMixer, told me in an interview. "It helps clients get more voices into the organization, so they can make smarter and more popular decisions."

For example, the state of Arizona recently used the platform for participatory law making, meaning that as it was drafting legislation, it invited registered voters in the state to weigh in, and provide feedback on the process.

While there are other sites out there that do something similar, what separates MindMixer is the believe that government can still work.

"We come at it from a different place, because we really do believe that people do care about their communities," Ansell said. "We want to create a better experience. We don’t want to take government out of equation because we still believe that the government has strong role in making communities stronger. We just want to make it easier to engage."

With this new funding, MindMixer will be hiring new additions to both its engineering departments, as well as sales and marketing. The company has hired 40 new employees in the last few months, bringing its total to 74. It hopes to have between 120 and 150 employees by the end of the year.

In addition, the company will be continuing to develop its product, Ansell said, "diving into new ways to accomplish our mission by changing how people recognize their interactions and making them more interesting."

It has been investing heavily in research and development, she said. One thing that the company is thinking of doing is consolidating different websites onto the platform. For example, in Kansas City, where the company is based, it has 10 different websites, with each organization going after the same audience. Instead of asking users to go to four or five different sites, it could bring them all together onto one platform.

"Needless to say, the fundraise does not mean we’re going to kick back and take it easy. We’ve done our homework, but the test is still coming," Nick Bowden, CEO & Co-Founder of MindMixer, wrote in a blog post on Tuesday. "Big things are on the horizon, and like any small company, we know that we will have to keep working harder than anyone else to achieve our goals and top a growing industry."

Founded in 2010, MindMixer now works with over 1,000 civic organizations around the country. In all, 1.6 million participants have generated 100,000 new ideas for their communities.