First, it announced that it has raised a $4.8 million Series A funding round from Shasta Ventures. The company had previously raised an $850,000 angel round from investors that included Christopher Morton, Lyuben Belov, Satya Krishna Ganni, Autumn Autrey, Fred Hsu, Kima Ventures and Voivoda Ventures. This latest round brings the total funding to around $5.6 million.

The new money will go toward hiring, expansion and product development, Momchil Kyurkchiev, co-founder and CEO of Leanplum, told me in an interview. There will also be more spent on the marketing budget.

The company currently has 13 employees, and plans to add team members  in the products, marketing and sales divisions, bringing it up to 20 employees by the end of the year.  As for product development, right now the company is in private beta with Android, and plans to expanding to more platforms.

"We're just scratching the surface," Kyurkchiev told me. 'A lot of what we’ve done so far is reimagine classic use cases in mobile."

The second piece of news is the debut of Leanplum Marketing Automation, a new mobile messaging feature that will enable marketers to create, send and test highly relevant and personalized in-app messages and push notifications to users.

"The idea is that a lot of customers are used to push campaigns, but there is a stigma to push notifications. Our platform solve that problem, because we only target to users based on activity in app," Kyurkchiev said. "It is personalized and highly targeted."

The feature also gives clients full analytics, as it is able to collect a lot of data, such as which customers have come back several times, and which have not logged in the last week.

For example, one of Leanplum's customers is discovery engine StumbleUpon. The company used Leanplum Marketing Automation to create a custom messaging campaign that asked users if they wanted to rate the app 5 stars.

The message was targeted only to returning users, which increased the likelihood that they had had a positive first experience with StumbleUpon’s app, and would be more likely to accept the prompt. Users who were willing to rate the app could opt-in to the message and continue on to the rating screen. Users that declined the message for whatever reason would not be taken to the ratings screen. As a result, StumbleUpon was able to increase the number of five-star ratings for its app, as well as increase activation and  retention.

Founded in 2012 by ex-Google engineers, Leanplum started out focusing on A/B testing, but soon began expanding the platform to include platform optimization for mobile apps, as well as analytics. Now, with Marketing Automation, Leanplum has become a "full fledged optimization platform," Kyurkchiev said. While other companies may focus on one part of the solution, such as AB testing, or analytics, Leanplum is the first one to include all three.

"Automation is the secret to unlocking the power of the data, and making it actionable," he said.

Founded in 2012, and based in San Francisco, Leanplum is currently used by 100 apps, including Mosaic, Hotwire, Wanelo, Big Fish Games, Apartment List and Gree. It is now processing billions of events per month.

"One thing I know for a fact, in five years there will a lot more apps and users, and more data being taken from those users. Companies are going to need to interpret that data, act on it," Kyurkchiev said.

"There is so much data and not enough insight. Not enough ability to interpret and make it useful. By using automation tools, without the need for a developer or a two week update process, it allows markets and product managers to integrate quicker."

Check out the video below for more on how Leanplum works:

Leanplum was founded in 2012 by ex-Google engineers with years of experience in video ad optimization. Leanplum graduated from the TechStars Seattle program and is now based in San Francisco. Visit us at http:///www.leanplum.com. 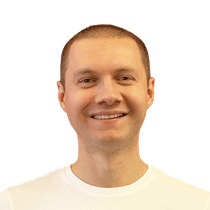 Momchil is the CEO and co-founder of Leanplum, the only fully integrated optimization solution for mobile app. A/B testing, marketing automation, and analytics all in one. Prior to Leanplum, Momchil worked at Google where he optimized video ads.