GetYou gets $1.1M to bridge the first impression gap 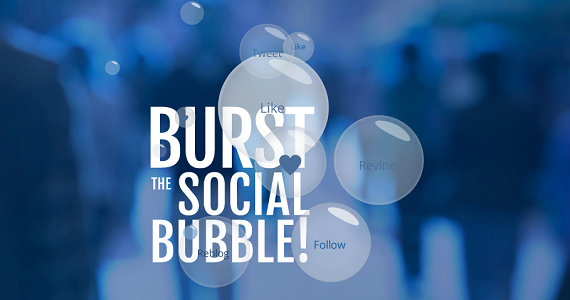 I always hear people talking about the difference between the real person and their "social media identity." What that means is that social media allows people to shape themselves into the kind of person they want to be.  Are you really depressed and sad all the time? Only share your happy posts and everyone will think you're fine. See how that works?

The question is, though: are you successfully projecting the person that you want to be? Are you putting up a picture that is supposed to scream, "I'm mature!" but instead does the exact opposite? There's really no way to ever find out.

GetYou, a new social feedback platform, is trying to solve that problem by solving the first impression gap." It allows users to find out how both strangers, as well as friends, perceive them on social media. The company launched in beta on iOS and Android on Tuesday, and also announced that it raised its first funding, a $1.1 million seed round from venture capital firm RDSeed and angel investors, including Wix founder Avishai Abrahami.

Founded in 2013, the Tel Aviv-based GetYou's first application is a game that allows people to use only the picture of another person to try to guess things about them, such as their age, occupation and relationship status. Both users will then get to see the results.

Right now, the platform only takes the information from a person's Facebook profile, though the company is planning to add other social networks, like Twitter and Google+  in the near future.

"There is a disconnection between how we perceive ourselves and the way other do. You may think you get someone, but they might be a totally different person," she said, "We want people to see how they misjudge people."

Ultimately, the site's goal is bridge the gap between people who may think they have nothing in common.

"As an Israeli, I'd love it if someone from Iran saw someone from Israel and thought it was their next door neighbor," she said. "I want them to see that others are more intelligent than they think, and to see that they have something in common."

While other sites do allow people to judge and rate each other, like Tinder and LinkedIn endorsements, she told me that no other site has developed a "full feedback cycle over the Web," like GetYou is doing.

"Today’s feedback cycle is lacking, with only likes or comments and that is not enough," Mossinson said. "There is no direct approach for when I want to get to know new people or new content, and we believe we have full platform for that final frontier."

The money that the company has raised will be used to further develop the platform, as well expand the GetYou's marketing efforts.

"We want to change how people interact by empowering people and allowing them prove to the world how they really are," said Mossinson. "We hope the platform will help to acknowledge the fact people are not just as they seem at first glance."